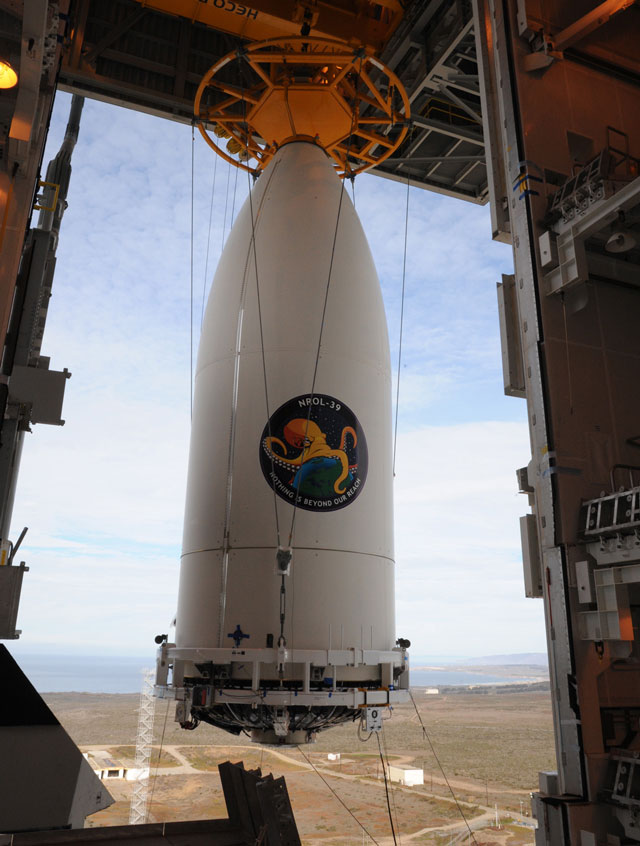 Yesterday the Office of the Director of National Intelligence tweeted this photograph of an Atlas V rocket payload emblazoned with a mission patch featuring a menacing octopus. The fearsome cephalopod is shown straddling the earth and the patch includes the phrase “Nothing Is Beyond Our Reach.” The octopus patch signifies the rocket’s primary payload: NROL-39, a classified spy satellite designed and operated by the National Reconnaissance Office. When the rocket was launched on the evening of December 5, 2013, it also carried a dozen cubesats, experimental nanosatellites that will test a variety of new satellite technologies.

To sum up the things we’ve learned today:

Ready for launch? An Atlas 5 will blast off at just past 11PM, PST carrying an classified NRO payload (also cubesats) pic.twitter.com/ll7s0nCOPg 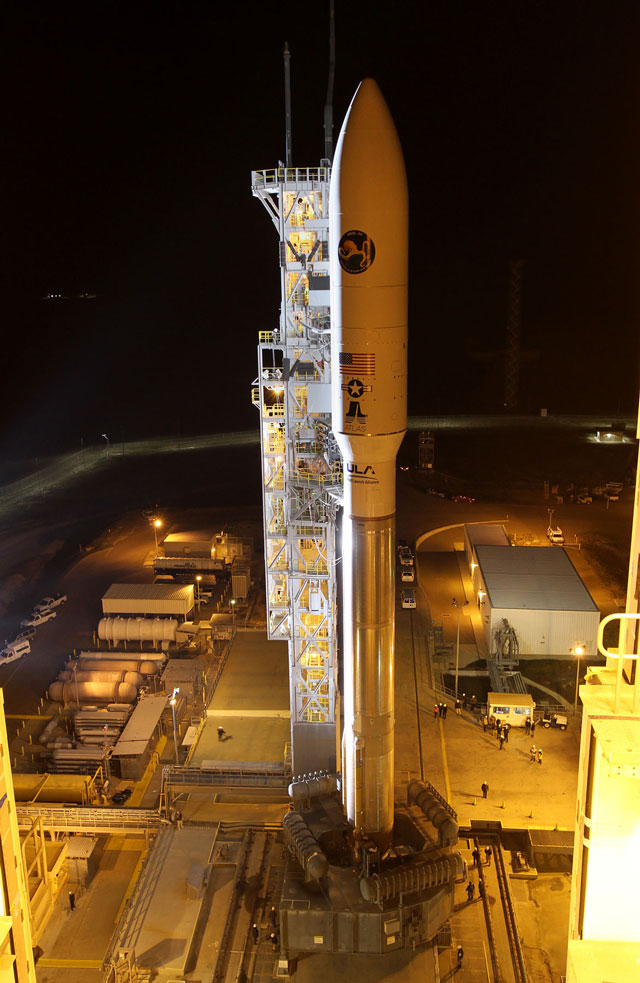