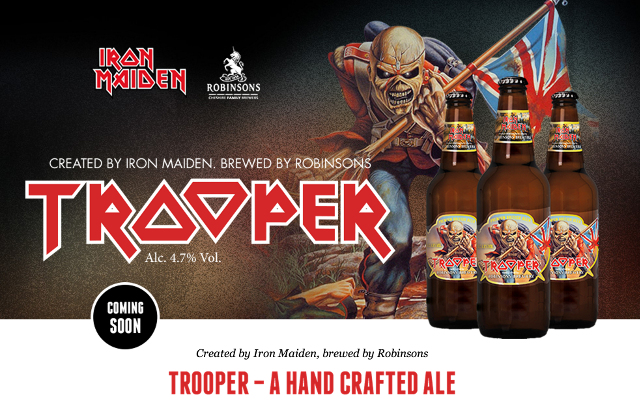 Trooper is an upcoming premium bottled British ale created by the legendary British rock band Iron Maiden and handcrafted by the independent family-owned Robinsons Brewery in Britain. Bottles of Trooper will be available to purchase at IronMaidenBeer.com in May 2013. You can watch their promo video to get a proper introduction to the beer from Iron Maiden vocalist Bruce Dickinson.

Being a real ale enthusiast, vocalist Bruce Dickinson has developed a beer which has true depth of character. Malt flavours and citric notes from a unique blend of Bobec, Goldings and Cascade hops dominate this deep golden ale with a subtle hint of lemon.

“Trooper is a premium British ale with true depth of character and flavour. For more than thirty years, the unmistakable icon of Eddie, the band’s instantly-recognisable mascot, has adorned every album cover, T-shirt and poster – so it is fitting that Eddie will now adorn the cask pump clip and take centre stage on the bottle label of Trooper.

Not only does Iron Maiden genuinely enjoy a good pint of cask ale, but so do many of their fans – and they have an important part to play in our customer base. This partnership works for both of us. Music and beer are great treats for the senses in their own right, but the combination is very powerful. Authentic collaborations such as this are invaluable not only to our company but to the industry as a whole, because it shows that the world of real ale is more than just manufacturing, it is liquid artistry by the people who brew it – and for the people who drink it.” 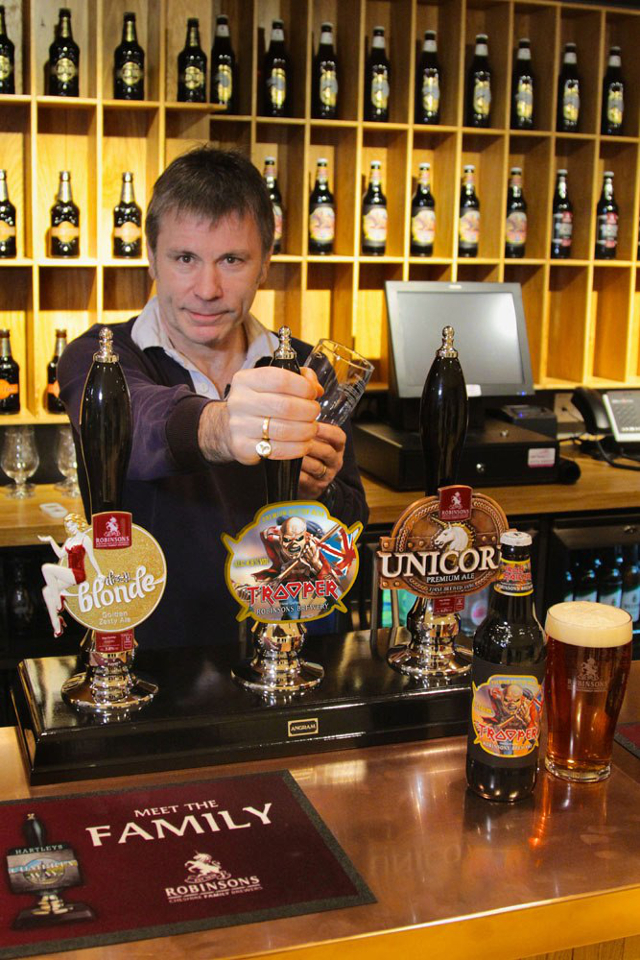 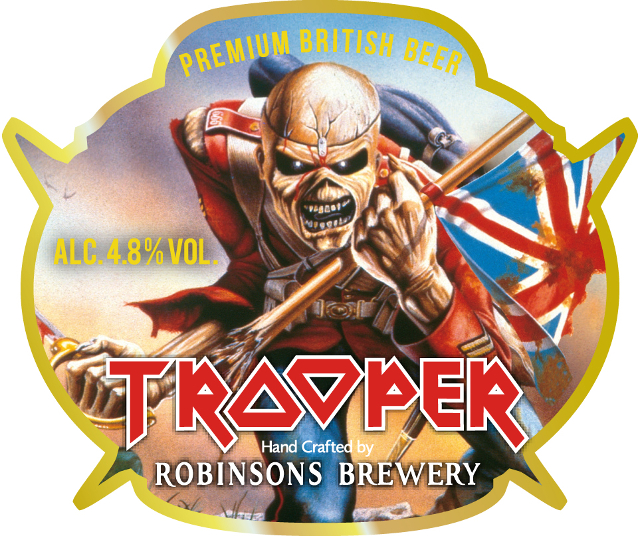