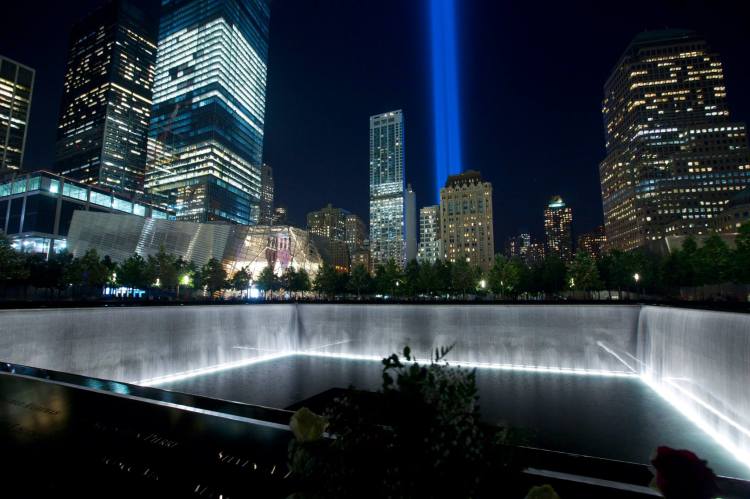 Every year the National September 11 Memorial & Museum remembers the 2,983 innocent people who were killed on September 11, 2001 when the Twin Towers of the World Trade Center were destroyed with “Tribute In Light“, twin beams of light projected from a rooftop in lower Manhattan. Conceived by architects Gustavo Bonevardi and John Bennet, the striking beams shine four miles into the sky and can be seen within from 60 miles away.

The beams reach four miles into the sky and at 7,000 watts, are the most powerful shafts of light ever projected from Earth. On a clear night, Tribute in Light is visible within a 60-mile radius. First Tribute in Light on West Street near Salvation Army respite center at Ground Zero. …It serves as a memorial to the 2,983 people who were killed, the two 110-story buildings that once defined the Manhattan skyline, and a tribute to those who helped the city through the difficult time after the attacks.

The lights will shine at dusk this evening from the Memorial Plaza.

The tribute will light the sky beginning at dusk on 9/11, with periods of testing several evenings before. The 9/11 Memorial Museum invites the public to observe this special tribute from the Memorial plaza, which will be open from 3 p.m. until midnight. 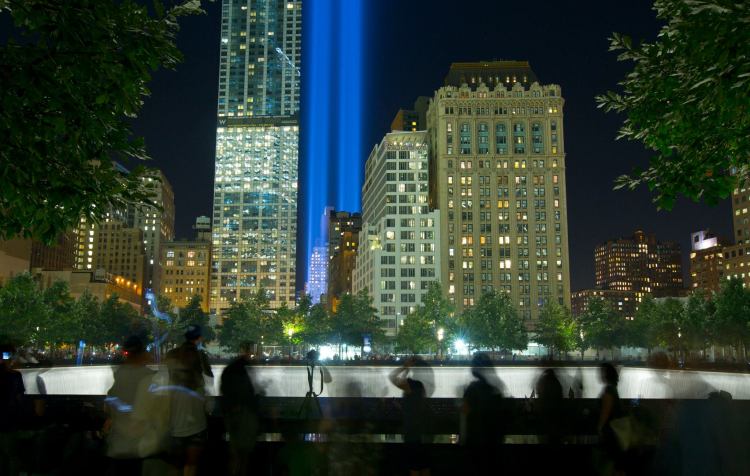 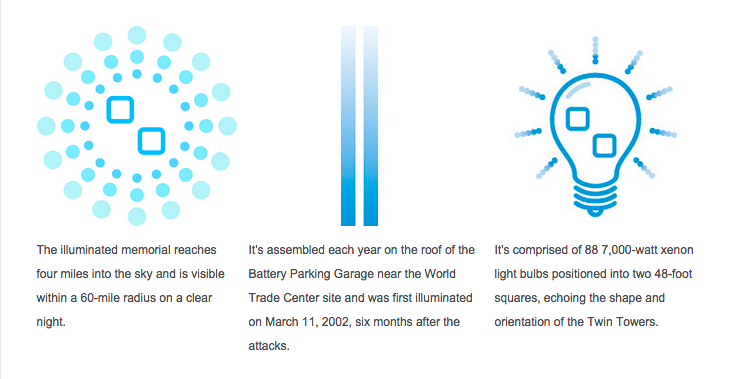 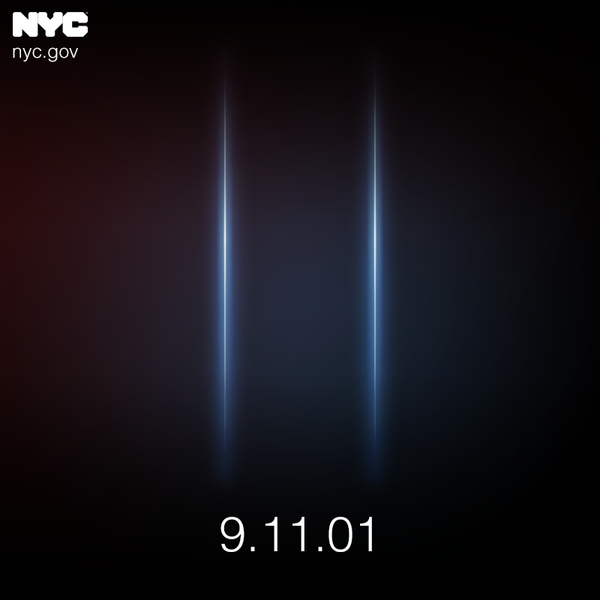