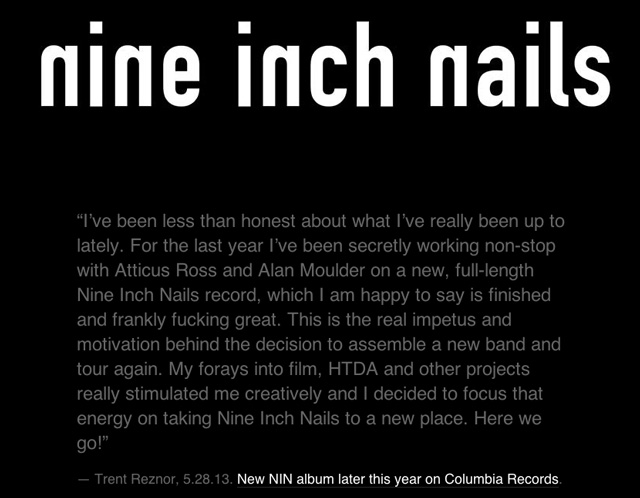 Trent Reznor announced today that his newly reformed band Nine Inch Nails will be releasing a full-length album Hesitation Marks by the end of 2013 through a deal with Columbia Records. Reznor is quoted as saying about the album, “I’ve been less than honest about what I’ve really been up to lately. For the last year I’ve been secretly working non-stop with Atticus Ross and Alan Moulder on a new, full-length Nine Inch Nails record, which I am happy to say is finished and frankly f*cking great. This is the real impetus and motivation behind the decision to assemble a new band and tour again. My forays into film, HTDA and other projects really stimulated me creatively and I decided to focus that energy on taking Nine Inch Nails to a new place. Here we go!” Earlier this year, it was announced that the band would return and tour extensively in 2013 and 2014. 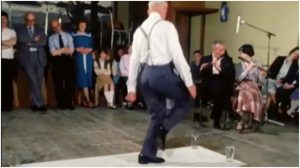