Machinima has released a new trailer for This Is The End, an upcoming action comedy film directed by Seth Rogen and Evan Goldberg. The trailer shows a slew of celebrity cameos and deaths, such as Michael Cera getting impaled by a light pole and Rihanna plummeting into a flaming abyss. It is set to crash into theaters on June 12, 2013. To learn more about the film and view the first teaser trailer, you can view our previous This Is The End post. As a joke, a trailer for the film was released on April Fools’ Day posing as a trailer for Pineapple Express 2.

This Is The End follows six friends trapped in a house after a series of strange and catastrophic events devastate Los Angeles. As the world unravels outside, dwindling supplies and cabin fever threaten to tear apart the friendships inside. Eventually, they are forced to leave the house, facing their fate and the true meaning of friendship and redemption. 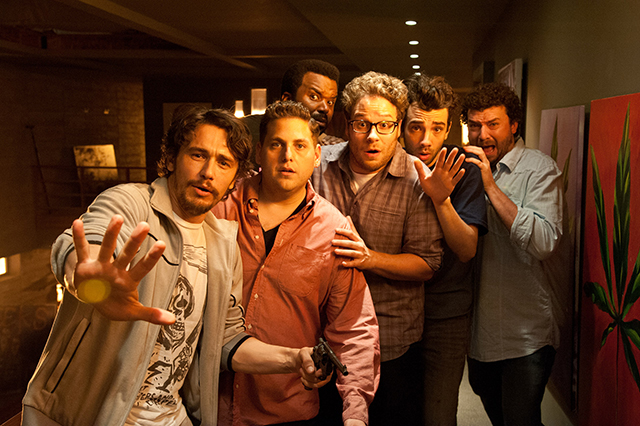 image via This Is The End