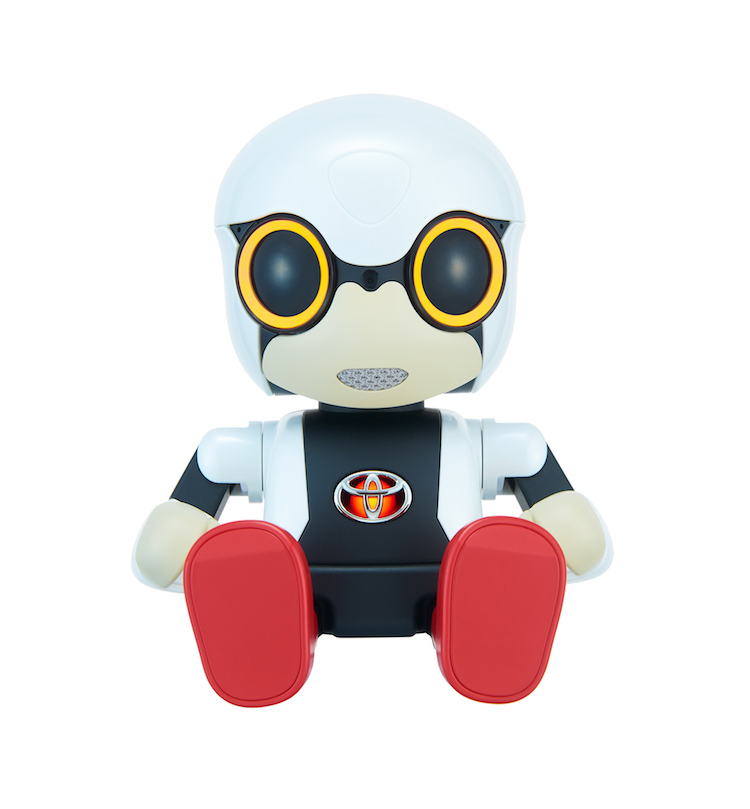 Toyota has revealed the Kirobo Mini, a small baby-like robot companion that interacts with its human hosts. The robot speaks and moves like a young baby, and comes with a case that opens up into a car seat that fits into a car’s cup holder.

Kirobo Mini is a miniature communication partner developed to provide companionship. It fits in the palm of the hand and is only 10cm high when seated. It turns its head toward the person speaking and engages in casual conversation while moving its head and hands. Its compact size means it can be taken just about anywhere, helping it to fulfill its role as a cuddly companion always on hand for heart-touching communication.

The robot is a smaller version of the Kirobo robot that was sent to the International Space Station in 2013 to accompany Japanese astronaut Kochi Wakata.