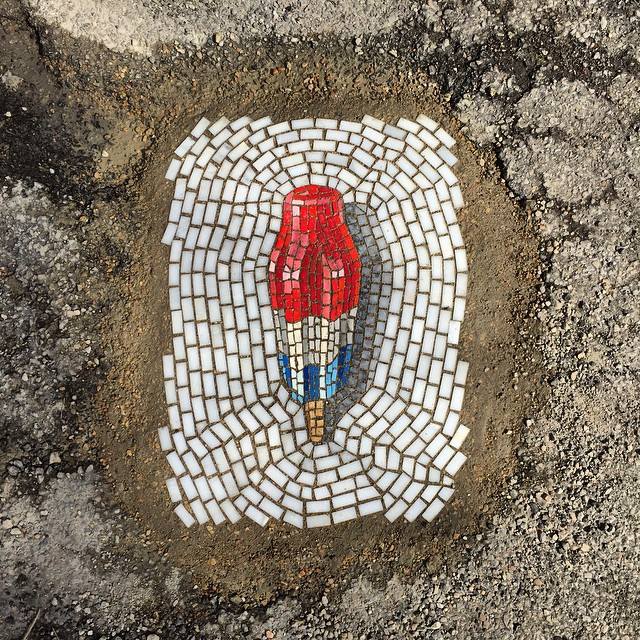 Tile artist Jim Bachor (previously) recently performed his unique method of pothole repair with a project he called “Street Treats,” a series of colorful mosaics that feature such frozen novelties as the Bomb Pop the Creamsicle, soft-serve, and an ice cream sandwich around his hometown of Chicago, Illinois and in Jyväskylä, Finland where the citizens were celebrating of the end of winter.

Next stop for the “Treats in the Streets” series……Jyväskylä, Finland! I’ll be part of the city’s “Yläkaupungin Yö” (end of winter) festival! This is an ice cream novelty popular there. …The plan is to install 6 pieces in 6 days. …It’s cold enough here that none of these ice cream pieces should melt. 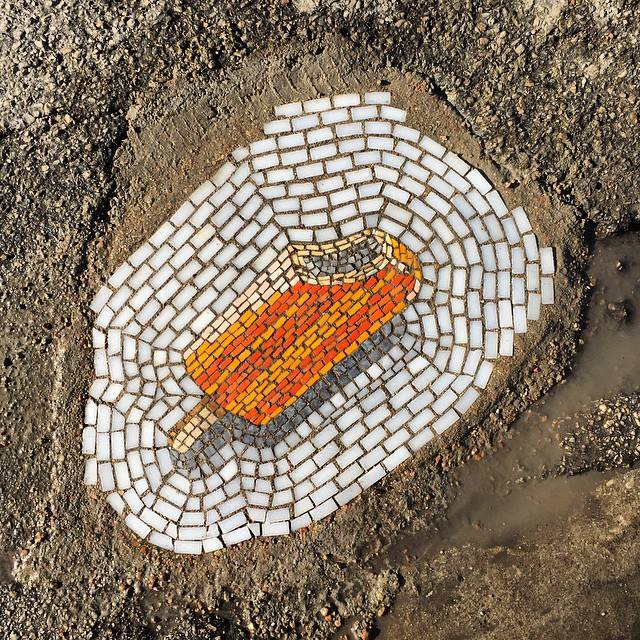 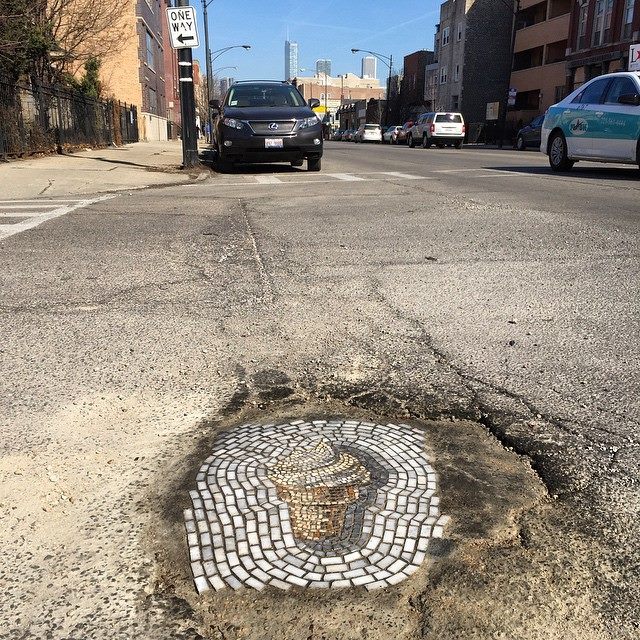 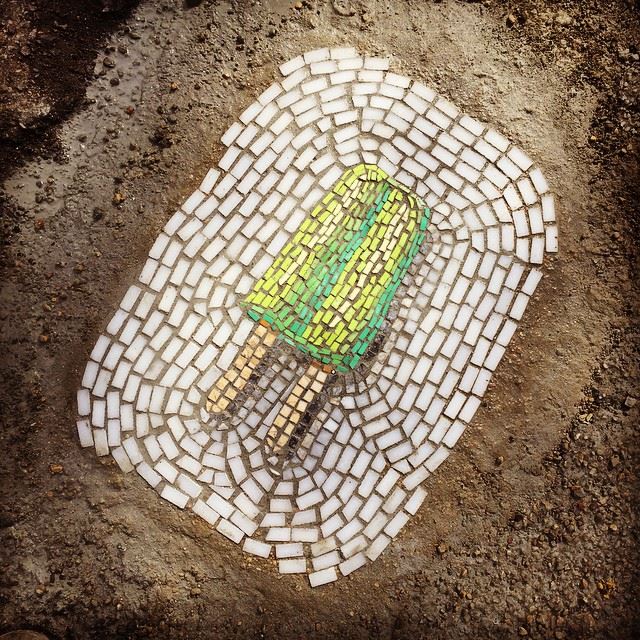 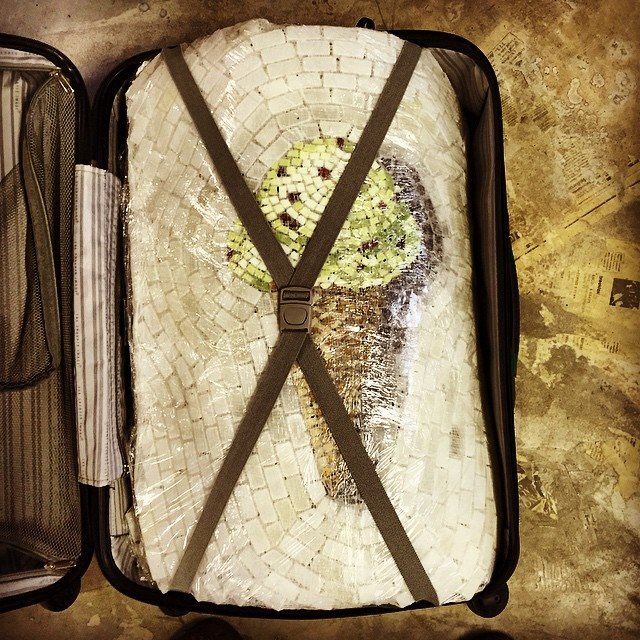 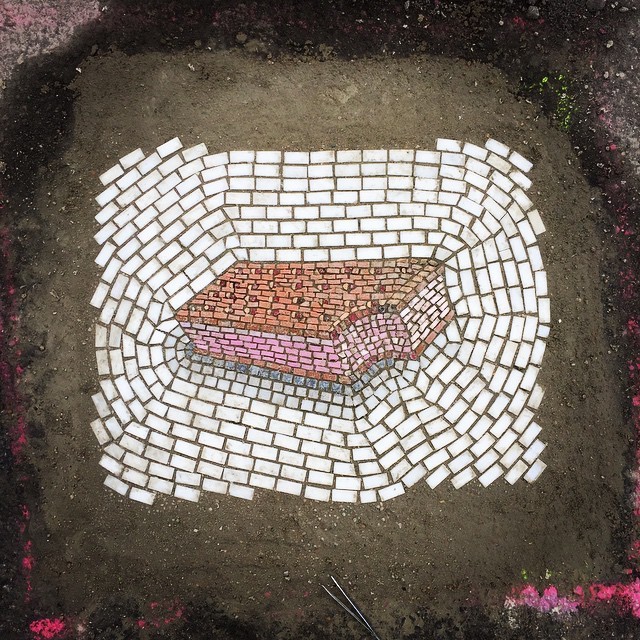