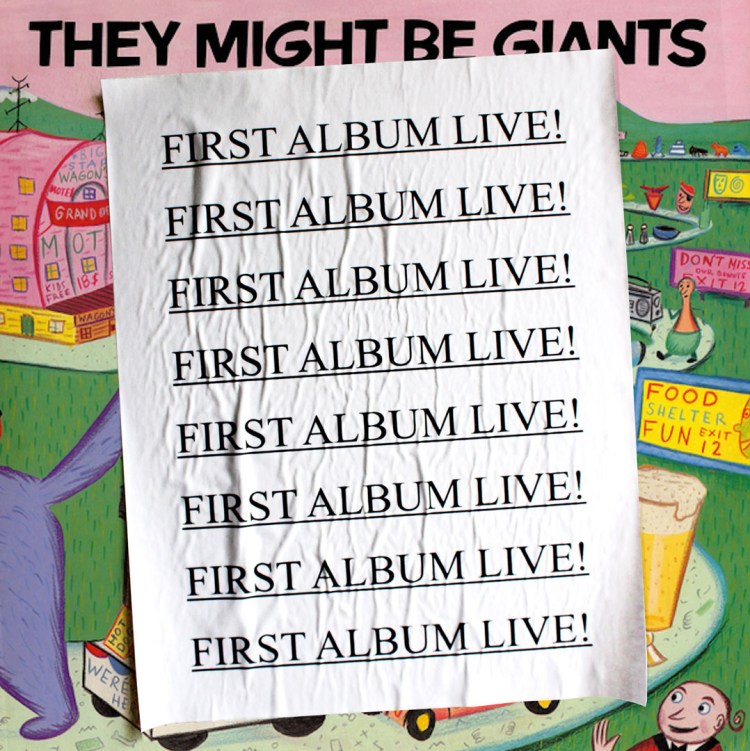 In appreciation of their current fans and to introduce new people to their music, the absolutely sublime band They Might Be Giants is offering a free download of their “First Album Live“, which contains tracks recorded in 2013 from all over the world. The album is available through their site and was also uploaded to the Internet Archive by Jason Scott.

As a gift for our wonderful audience, and in an effort to introduce more people to TMBG, we are posting this free download of our entire seminal first album recorded live on the 2013 US tour! ….These performances were culled from shows on They Might Be Giants’ 2013 world tour. John Flansburgh and John Linnell are joined by their stellar band — Dan Miller on the guitar, Danny Weinkauf on bass, and Marty Beller on the drums. There is also a guest appearance by the Avatars of They.

They Might Be Giants has released a live version of their first album for free: https://t.co/zpAnEMdvGx – I put it on @internetarchive too.

The album includes such timely songs as “Everything Right Is Wrong Again” and “Put Your Hand Inside the Puppet Head“, among many others.