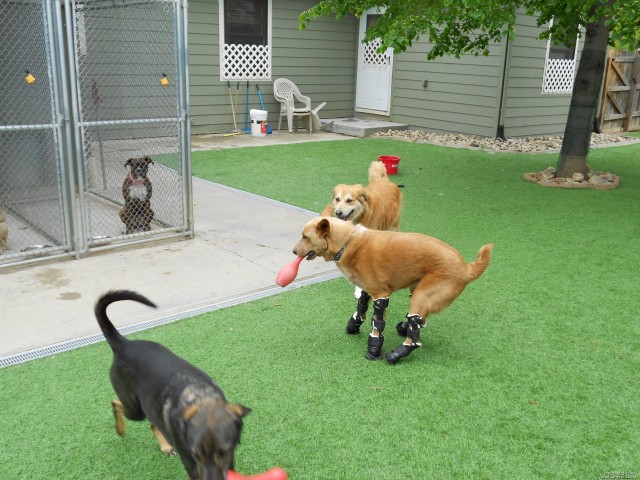 As a puppy, Naki’o lost his paws to frostbite after being abandoned in a foreclosed Nebraska house in winter time. When he was finally rescued, his new owner had him fitted with four prosthetic paws (according to Incredible Features he is first dog to have prosthetics on all four limbs.) The devices allow him to walk and frolic with apparent doggy joy. The prosthetics were designed by Orthopets, a company specializing in orthotic and prosthetic devices for animals.