The White House has announced plans to host their first-ever Maker Faire in 2014. Inspired in part by Joey “Marshmallow” Hudy’s air cannon demonstration at the 2012 White House Science Fair, the event will celebrate both Makers and organizations working to get more people making things. Details are sparse at the moment, but should be coming soon. 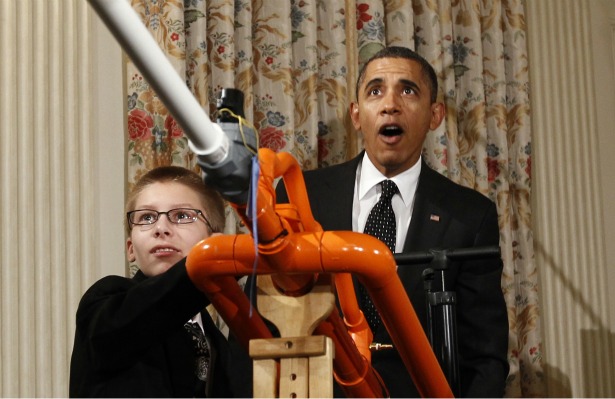 Inspired by “Joey Marshmallow” and the millions of citizen-makers driving the next era of American innovation, we are thrilled to announce plans to host the first-ever White House Maker Faire. We will release more details on the event soon, but it will be an opportunity to highlight both the remarkable stories of Makers like Joey and commitments by leading organizations to help more students and entrepreneurs get involved in making things.

Maker Faire is “[p]art science fair, part county fair, and part something entirely new,” and is designed to bring those making things together to show and share what they’ve made and learned.