Tim Ferriss (previously), the best-selling author behind “The 4-Hour Workweek“, “The 4-Hour Body“, and “The 4-Hour Chef“, just to name a few, has a new series called The Tim Ferriss Experiment in which he takes on seemingly insurmountable challenges and quickly conquers them in an an abbreviated amount of time using the skills he’s developed and perfected over the years.

Short and sweet — I FINALLY got digital rights to my TV show, The Tim Ferriss Experiment. It’s about how to conquer fear in any skill and 10x your learning speed. Think of it as Mythbusters meets Jason Bourne. Filmed and edited by the Emmy award-winning team behind Anthony Bourdain (Zero Point Zero).

The Tim Ferriss Experiment is available for purchase through the iTunes store. Early access to Ferris’ videos can be had through his Vessel channel. 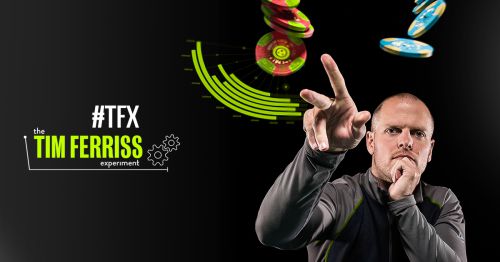