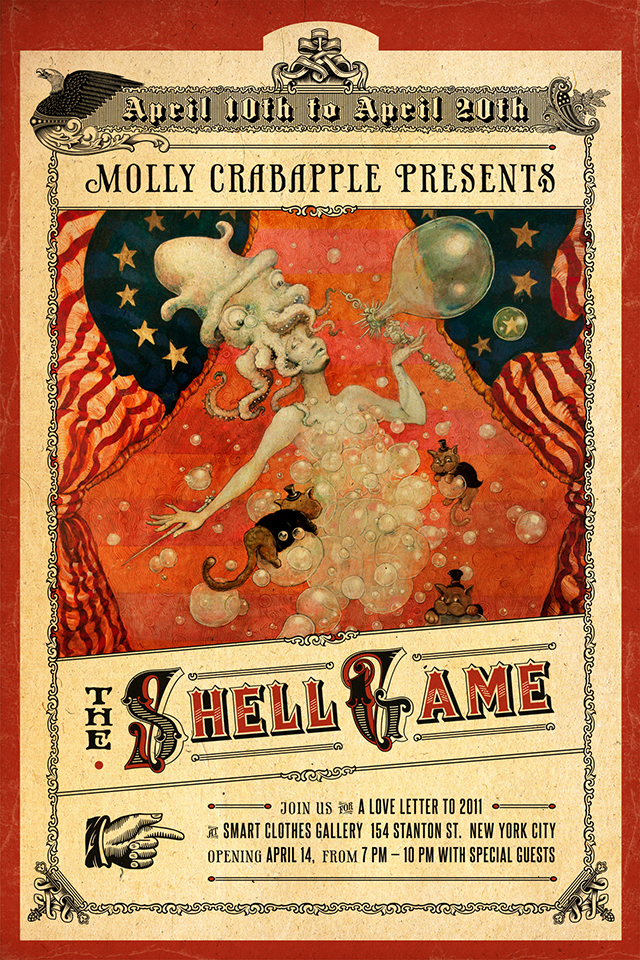 The Shell Game is an upcoming solo art show by New York-based artist Molly Crabapple at the Smart Clothes Gallery in New York City. It will feature a collection of her new artwork that is based on “the uprisings of 2011.” The show’s opening reception will be on Sunday, April 14, from 7 PM to 10 PM and run until Tuesday, April 23, 2013. You can RSVP for the event online via Facebook.

‘Shell Game’ is comprised of nine, 6?x4? paintings and one 3’x3’ painting about the revolutions and crises of 2011 (six of which have already been sold to collectors) including the mortgage bubble, the Greek anti-austerity protests, and Occupy Wall Street, filtered them through the artist’s distinctive lens of surrealism, satire, and symbolic animals and, for eight of nine paintings, informed by travel to the settings, including Spain, Greece, and the United Kingdom, during which she interviewed activists for her reported illustrated journalism pieces and participated in demonstrations. For Tunisia, she interviewed members of Nawaat, the dissident blogger collective, via Skype. Nine preliminary watercolors, all sold, will also be exhibited.

“It was the year when everyone sat down in the main squares of their cities and said the old machine is broken,” observes Crabapple. “2011 freed me to do the best work of my career, and it was amazing to see my protest art wheat-pasted on walls and carried by activists around the world.” 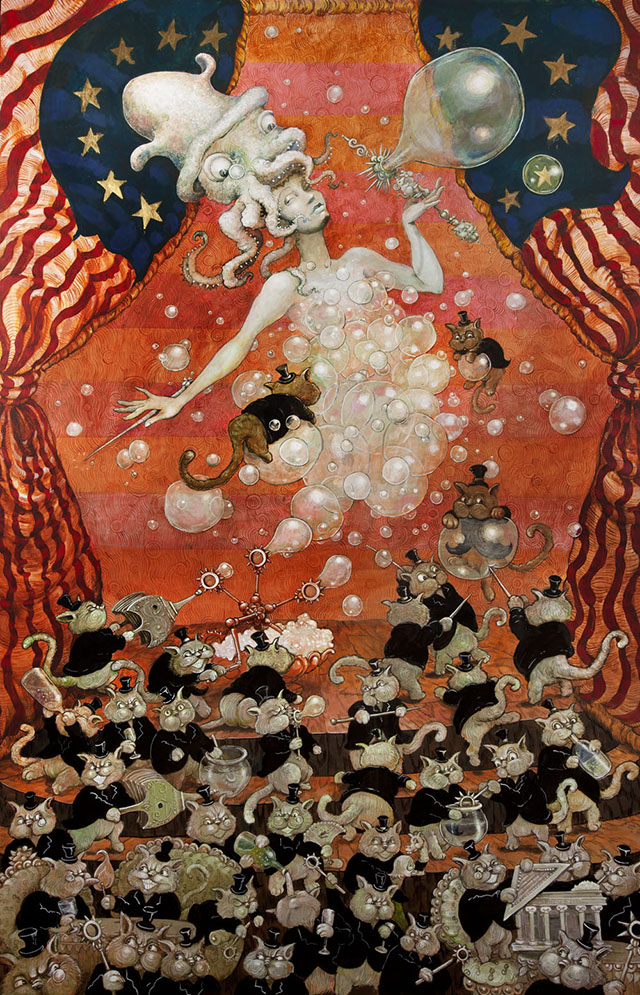 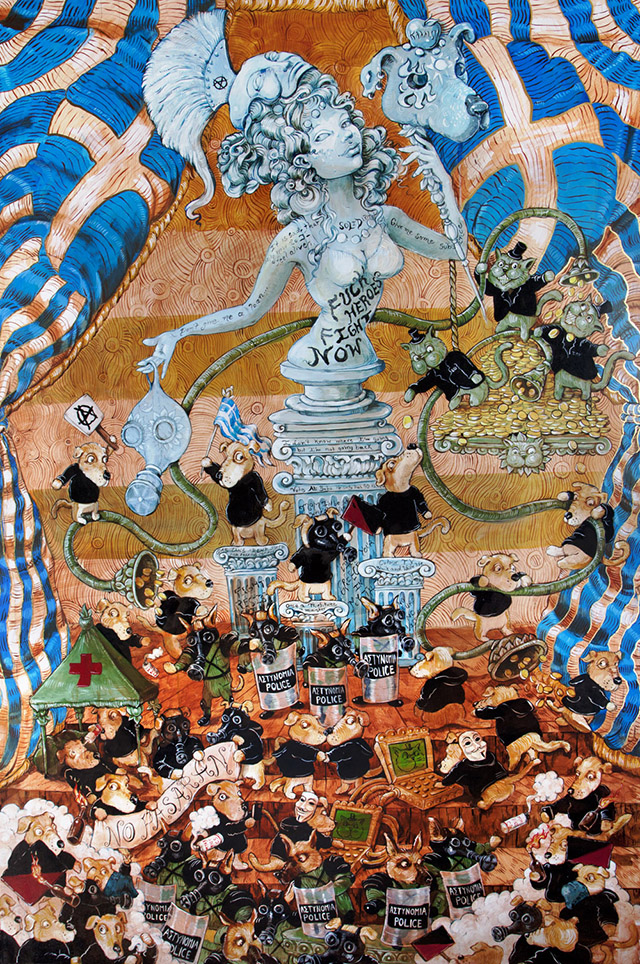 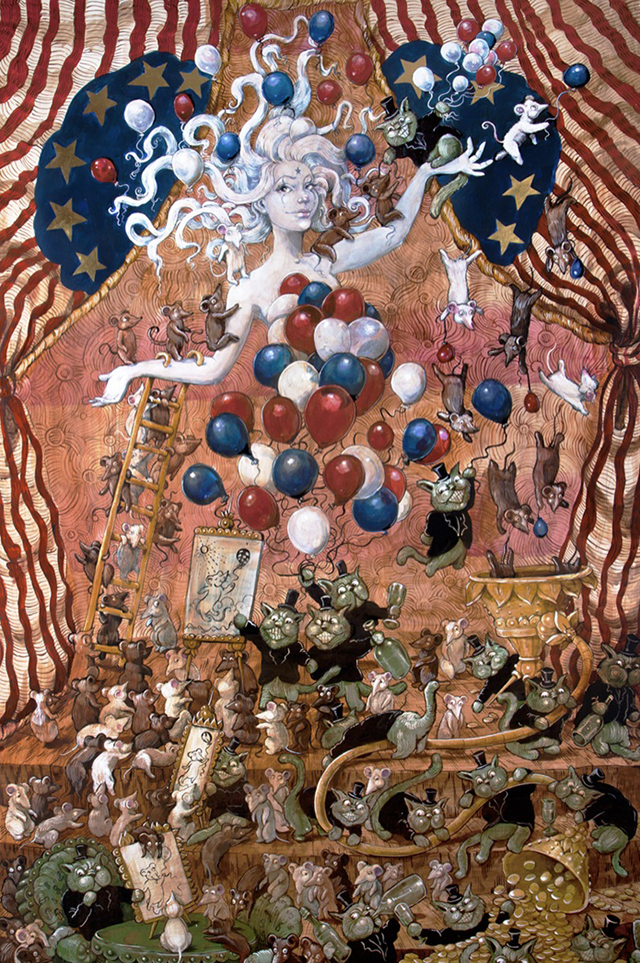 “Debt and Her Debtors” 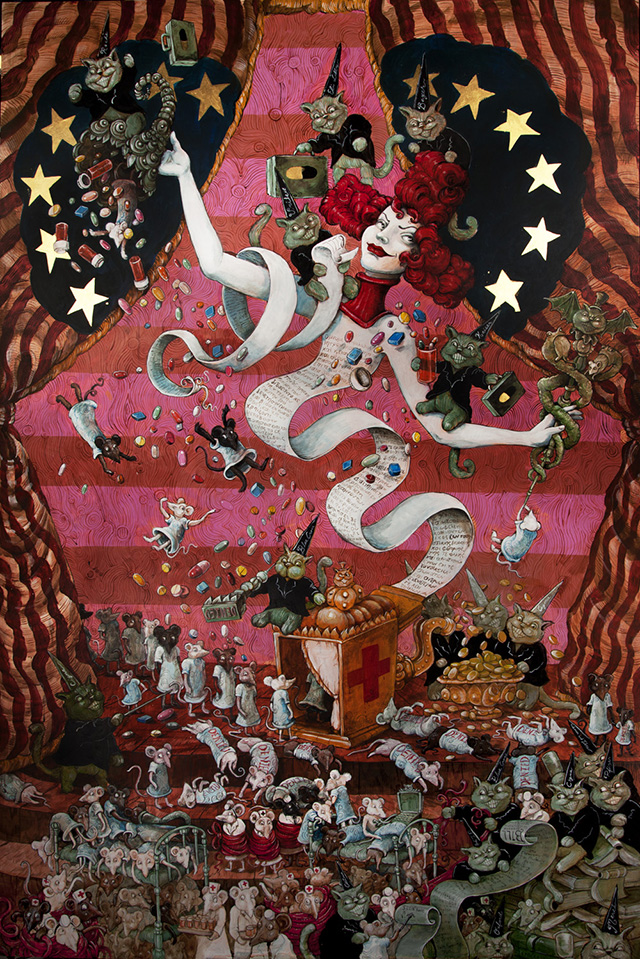 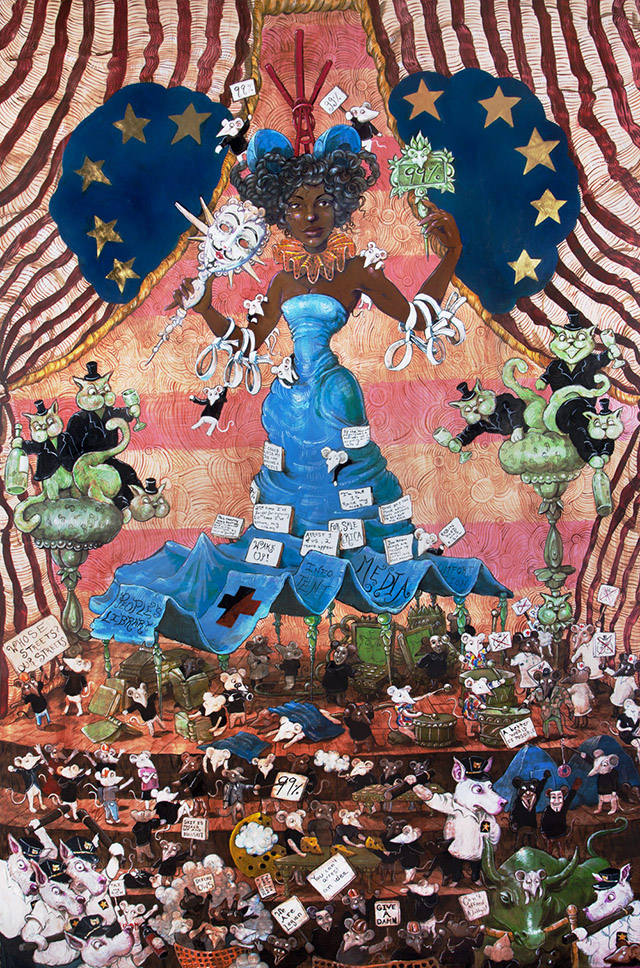 “Our Lady of Liberty Park“