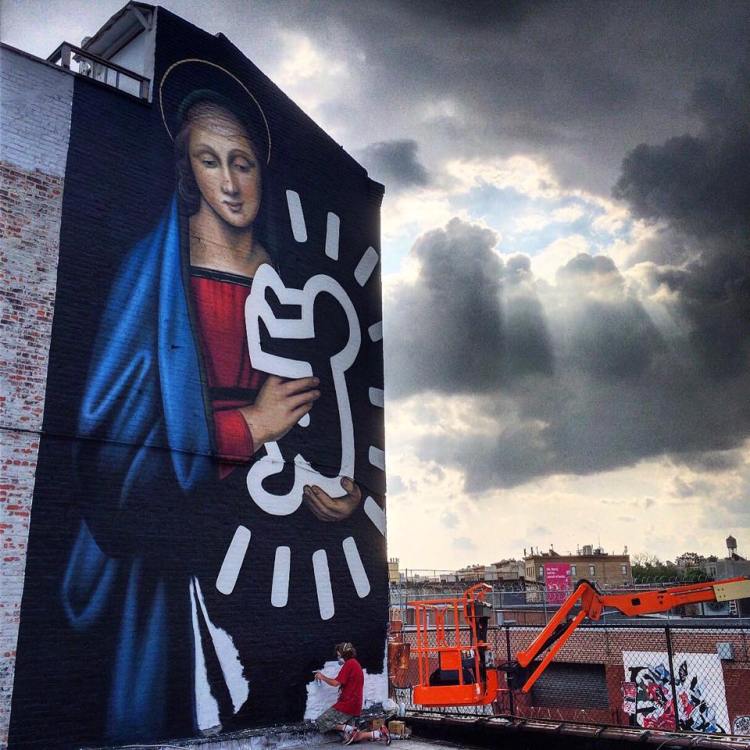 image via The Bushwick Collective

New Zealand street artist Owen Dippie, the incredible mind behind the Renaissance Mutant Ninja Turtles mural, recently created “The Radiant Madonna“, a giant mural that features the Virgin Mary cradling a distinctive Keith Haring figure on the side of a Brooklyn building. Dippie explained the concept behind the mural, which was done in cooperation with the Bushwick Collective, “If art is a religion then Keith Haring is a god”. 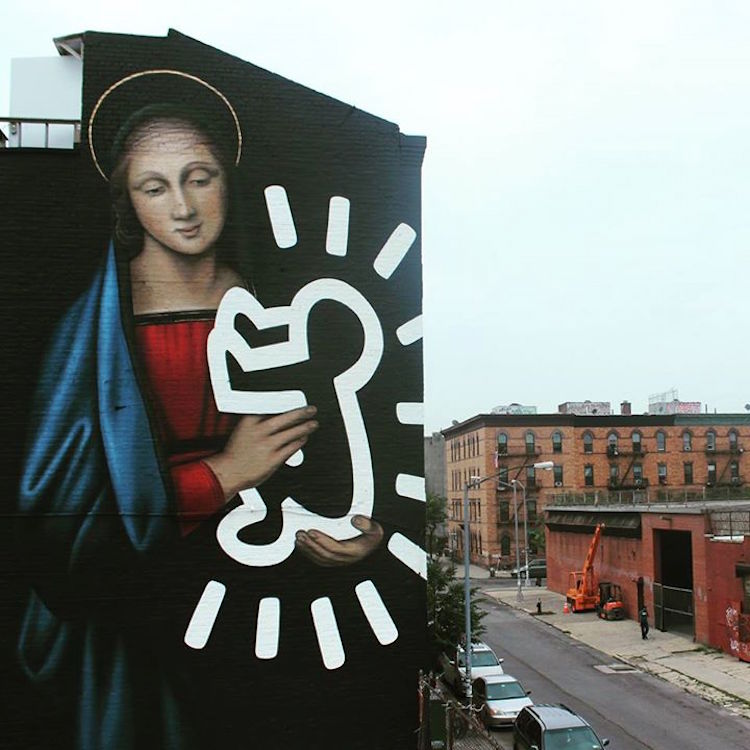 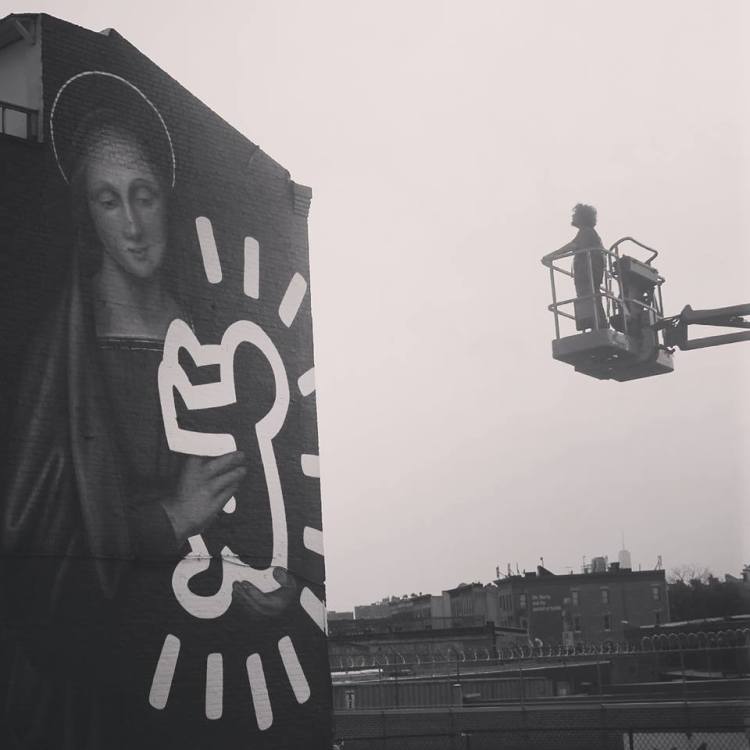 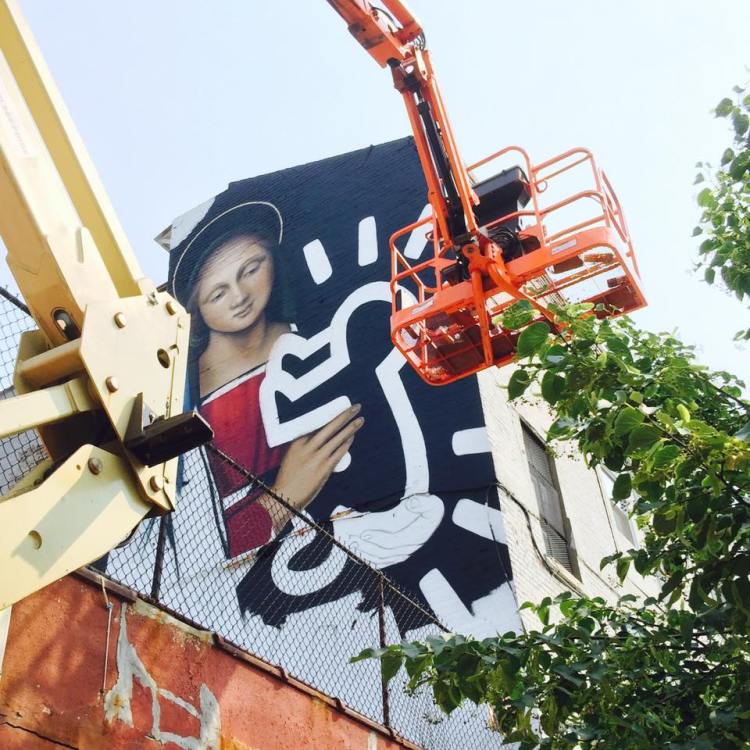