The Pumpkin Maestros is a short documentary film by Tumblr Storyboard about New York City based visuals artists Marc Evan and Chris Soria, the guys behind the highly successful custom pumpkin carving business, Maniac Pumpkin Carvers. You can see examples of their awesome work at their website and at their Facebook page.

The year is 1992, and Marc Evan and Chris Soria are sitting next to each other in sixth-grade Spanish class. They don’t know it yet, but these two twelve year olds are going to become best friends. They’re going to construct epic haunted houses each year, petrifying parents more than peers. They’re going to attend an artsy high school, study illustration at Parsons, grow up, and move to Brooklyn. They’re going to freelance and bartend and, per their favorite holiday, casually carve some pumpkins for bosses and friends. And then the Yankees are going to put in a double-digit order, and Maniac Pumpkin Carvers will be born. 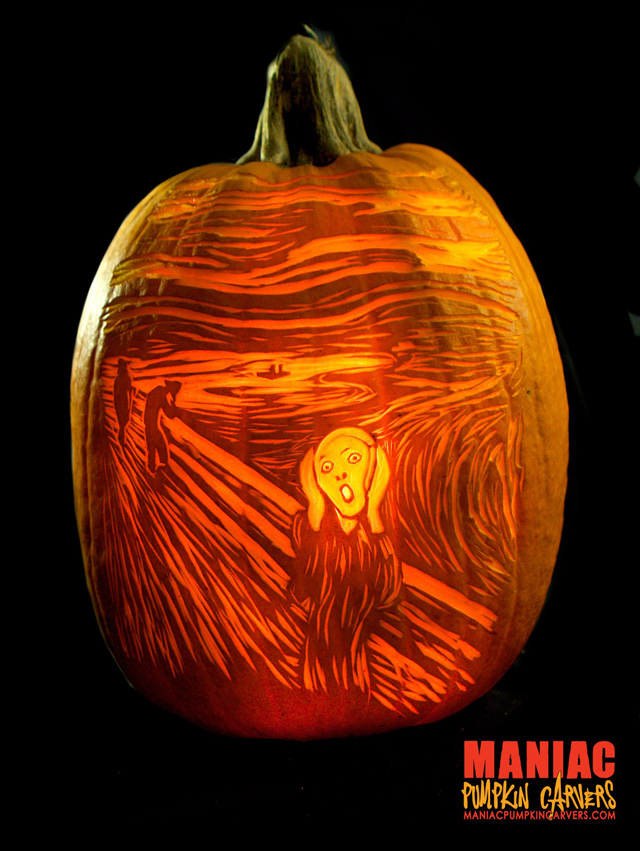 “Edvard Munch’s drawing, The Scream (1895), makes its first US appearance today…and so does the Maniac Pumpkin it inspired! Go see them both at MoMA The Museum of Modern Art!”