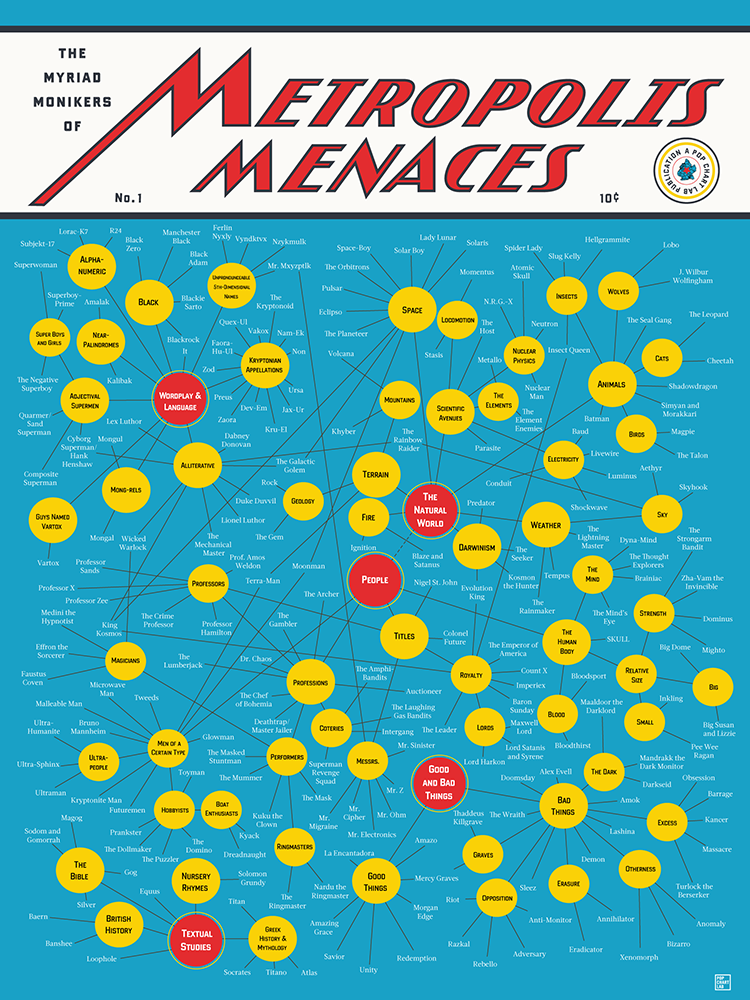 The Myriad Monikers Of Metropolis Menaces is an art print by Pop Chart Lab that categorizes most of Superman and Metropolis‘ villainous foes. Signed and numbered prints are available to purchase online.

Look! Up in the sky! It’s a bird, it’s a plane, it’s…a taxonomy of Superman’s villains! A veritable bottle city of the Last Son of Krypton’s redoubtable rogues gallery, this chart of criminals, crooks, and crackpots categorizes by name nearly all the menaces that have imperiled the Man of Steel and Metropolis—from eminent evildoers like Lex Luthor, Zod, and Bizarro to more rarefied reprobates like Mr. Mxyzptlk, Dollmaker, and Vartox. An in-depth documenting of the demented worthy of even Brainiac’s praise, this is the definitive guide to those that would oppose truth, justice, and the American way. 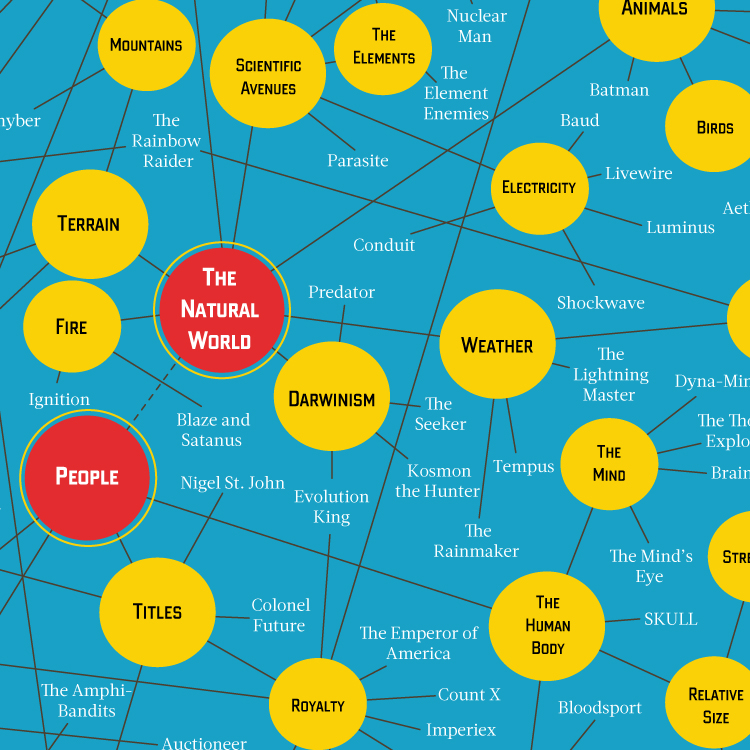