The Idaho Potato Commission celebrated their 75th year with the Famous Idaho Potato Tour, a tour that pulled a giant 12,000 lb. fabricated Idaho Russet potato on a big rig truck across the United States in the name of charity. The tour is just finishing up after seven months on the road and its goal was to raise funds and awareness for Meals on Wheels. The idea for the project was inspired by the famous vintage postcard that shows a larger-than-life Idaho potato on the back of a truck.

The Famous Idaho® Potato Truck will tour the country from coast to coast in 2012, stopping in cities of note, local grocery store parking lots, and at special events. Keep your eyes peeled for the one-and-only gigantic Idaho® Russet—our not-so-little way of reminding America that Idaho is the biggest thing to happen to the humble potato since bacon bits and sour cream!

Here’s a behind-the-scenes video of the potato being made: 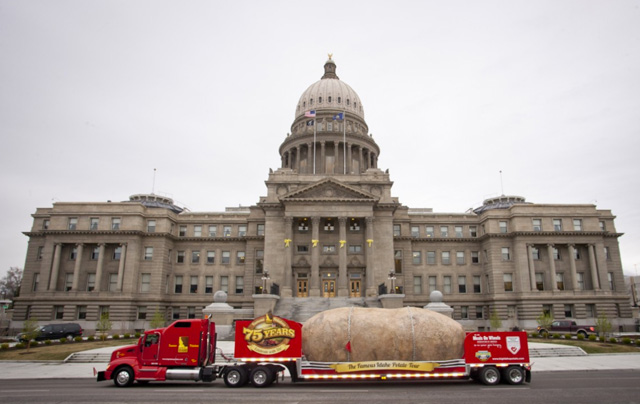 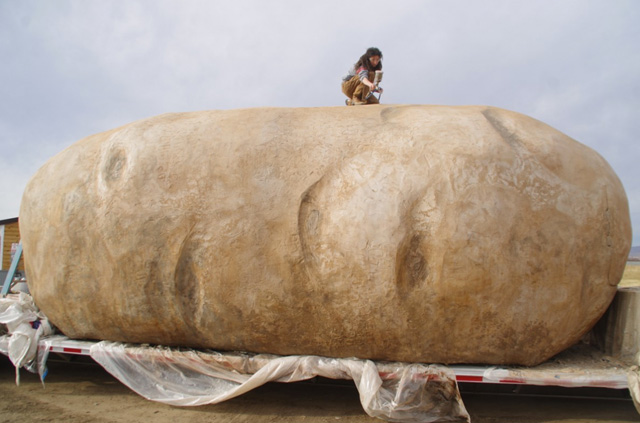