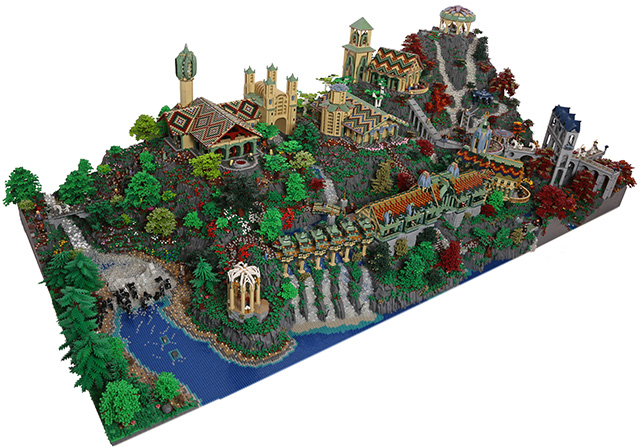 Alice Finch and David Frank teamed up to create a massive model of the elven outpost of Rivendell from The Hobbit and The Lord of the Rings using around 200,000 LEGOs. You can view more photos of their LEGO Rivendell masterpiece on Alice’s Flickr page, and read about how it all came together in an interview with Alice and David by The Brothers Brick. We’ve previously written about Alice and her 400,000 piece LEGO Hogwarts.

The Brothers Brick: What did you struggle with the most?

Alice and David: One of the major challenges with this build was making the buildings truly fit into their setting. Usually when you design a building, you do just that — you do the structure first and then fit it into its setting. In this case, we did all the landscaping first, which involved some significant elevation change and quite a few waterfalls. And since it’s on a total of 32 baseplates, we had to make sure that the joints were as invisible as possible — no small challenge when there are so many different elevations. (read more) 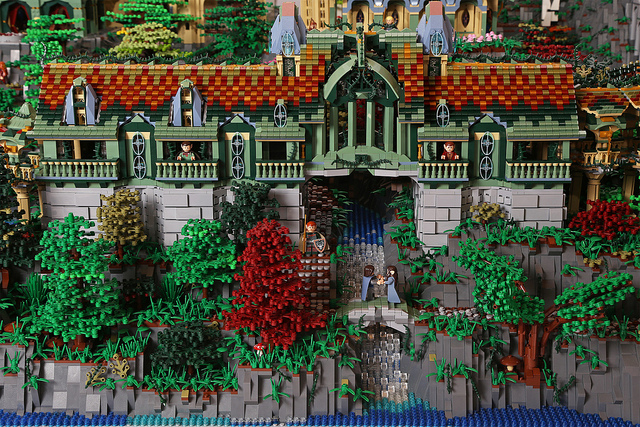 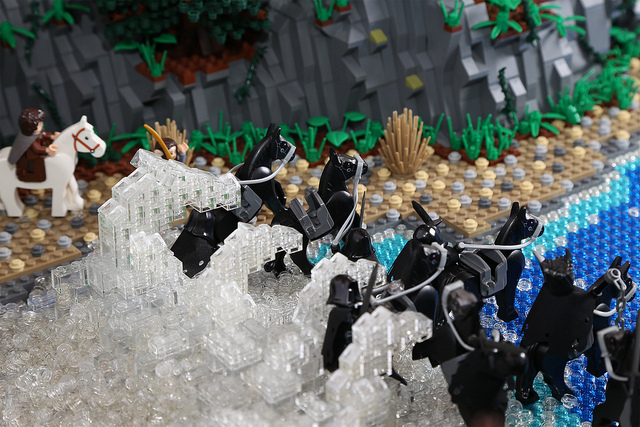 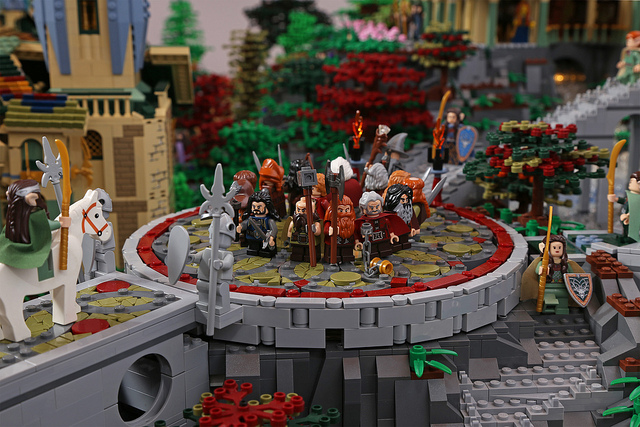 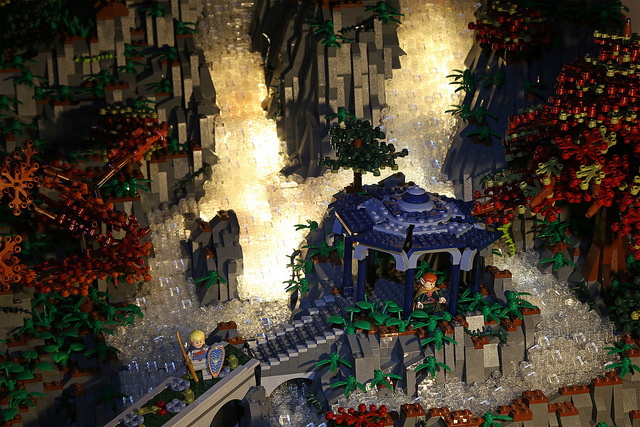