The disquieting trailer for the upcoming Joachim Trier film Louder Than Bombs shows the devastating effect that an unexpected death can have on the surviving family, even years after the tragic event.

Two years after her death in a car crash, the husband and sons of famed photographer Isabelle Reed (Isabelle Huppert) are still trying to cope with their loss. Gene (Gabriel Byrne) struggles as a single parent, but is taking his first exultant steps towards a new relationship. Jonah (Jesse Eisenberg), the elder son, has just had a baby of his own and finds the transition from child to parent more than a little daunting. The younger son, Conrad (newcomer Devin Druid), is a typical teenager, wearing his alienation as a badge of honor and resisting his father’s every attempt to connect. On the occasion of a major retrospective of Isabelle’s work, Jonah returns home to help his father organize her effects. Once again under the same roof, all three men are flooded with memories, and secrets are unearthed—most notably the truth behind the mysterious circumstances of Isabelle’s death. Shifting between past and present, and juxtaposing external reality with privileged glimpses into the interior lives of each of its four major characters, LOUDER THAN BOMBS is a stunningly intimate portrait of parents and children and the many things that tear them apart and bring them together. 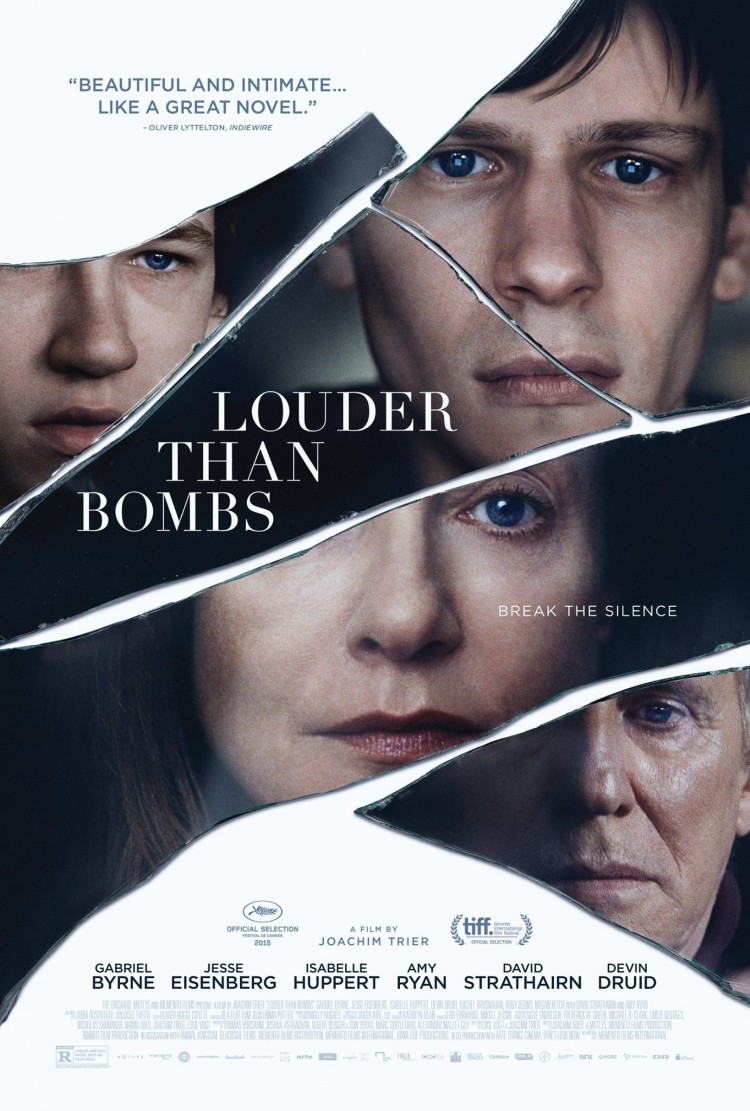 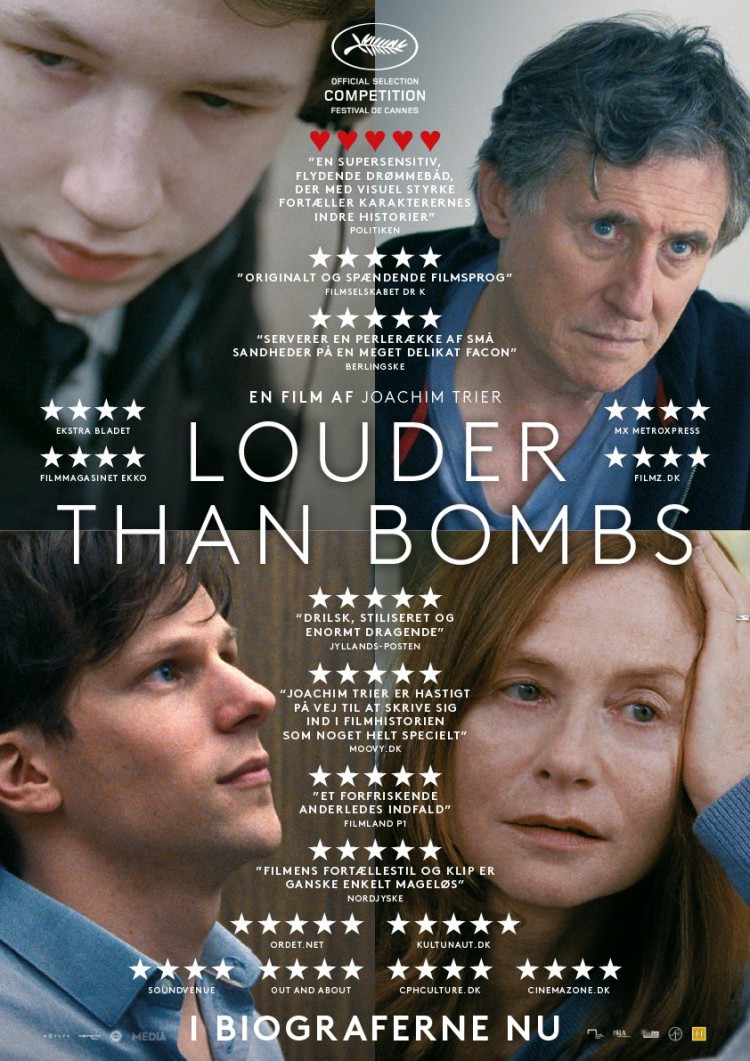