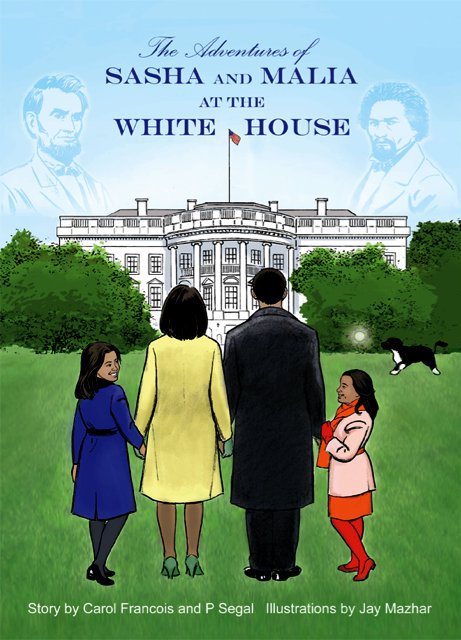 The Adventures of Sasha and Malia at the White House, written by Carol Francois and P Segal, with illustrations by Jay Mazhar, is a book that teaches children how slavery was ended through a fantasy narrative in which the President’s daughters go back in time to the Civil War and take part in slavery’s demise. Child critics at classrooms in California have vigorously endorsed the book, and the authors have self-published it, but to market and print a larger volume of books they are turning to Kickstarter to raise funds.

The story is immensely entertaining, but it is also educational. As Francois noted, many children have no idea that the institution of slavery existed in this country. And for those who do, few know how it was ended, or that an African-American free man was instrumental in its downfall. This is an important lesson of our history that every American should know.