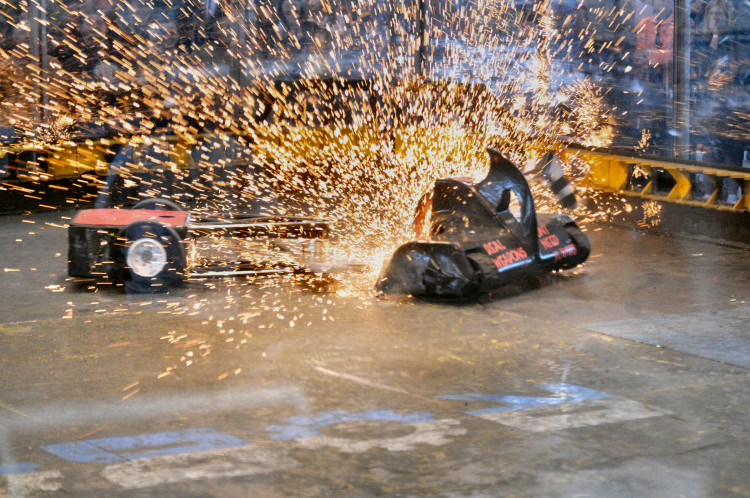 The 11th Annual RoboGames (previously), the world’s largest robot competition, takes place April 3 to 5, 2015, at the San Mateo Event Center near San Fransisco. This year’s competition will feature 56 different events, from soccer played by autonomous humanoid robots to battles by 220-pound combat robots. Grant Imahara will be hosting RoboGames, and the entire event will be recorded for eventual release as a series for DVD and online viewing. Tickets for the 2015 RoboGames are available for purchase.