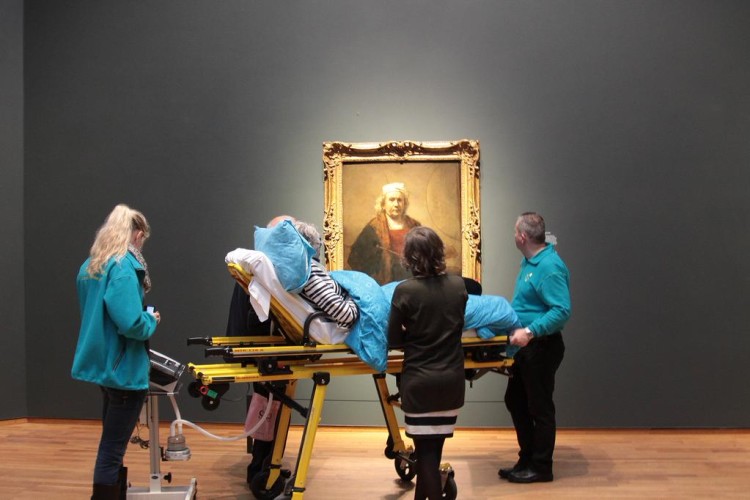 On Tuesday, a terminally ill woman was taken via ambulance to the Rijksmuseum in Amsterdam so she could visit the arts and history museum one last time. The moving event, captured in a photograph, was the work of Stichting Ambulance Wens Nederland (Ambulance Wish Foundation Netherlands), a Dutch organization that fulfills the last wishes of terminally ill, non-mobile patients with a fleet of custom ambulances and 200 volunteer medical personnel. The group also took two other terminally ill people to the museum during the Tuesday trip. According to the organization’s website, they have fulfilled nearly 6,000 wishes since their founding in 2007. 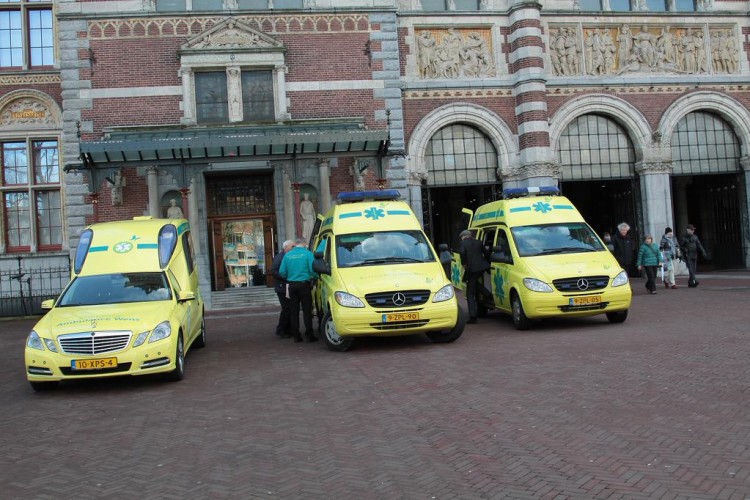 The ambulances parked at the Rijksmuseum. The foundation transported three people to the museum during Tuesday’s trip. 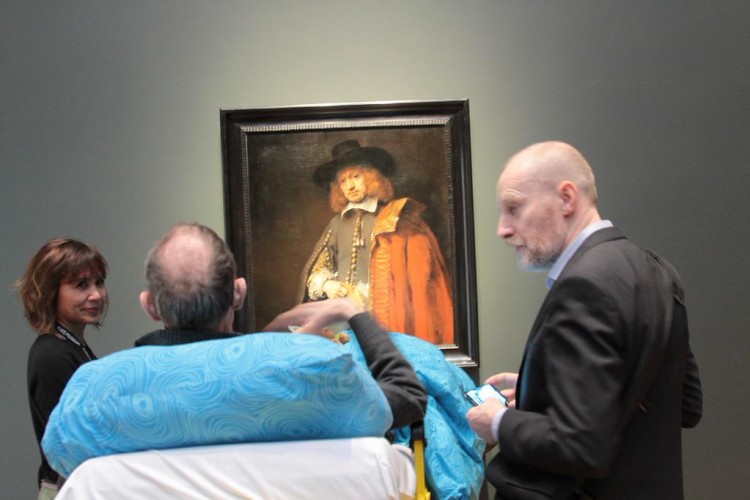 A terminally ill man viewing a painting at the Rijksmuseum.