In celebration of the 50th anniversary of the Grateful Dead, surviving members Mickey Hart, Bill Kreutzmann, Phil Lesh, and Bob Weir will reunite as a band after 20 years to perform 3 final shows together at Chicago’s Soldier Field during the first week of July 2015. The band will be joined by Phish frontman Trey Anastasio (guitar), Jeff Chimenti (keyboards) of RatDog and Bruce Hornsby (piano).

“Fare Thee Well: Celebrating 50 Years of Grateful Dead” will occur over three nights on July 3, 4, and 5, 2015, marking the original members’ last-ever performance together. …The group will perform two sets of music each night. 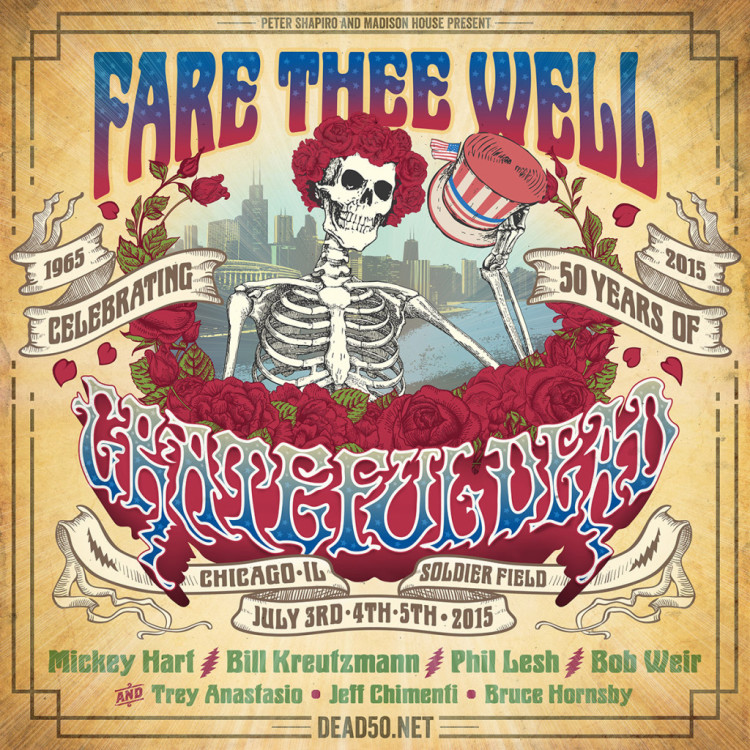