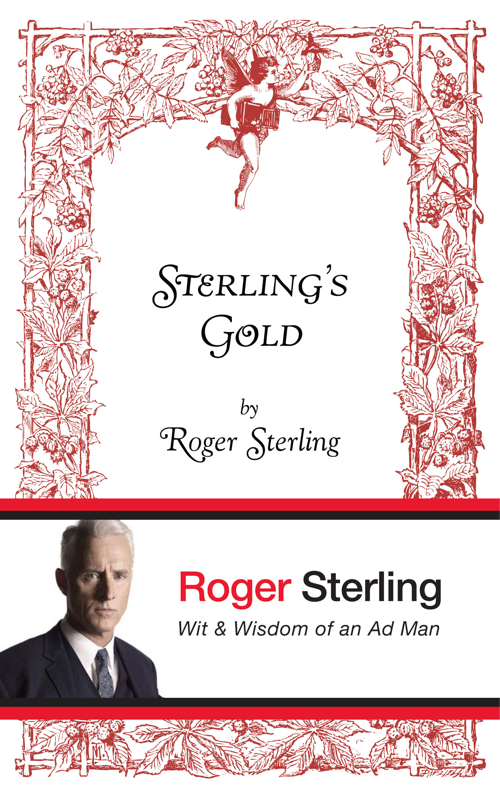 Sterling’s Gold: Wit and Wisdom of an Ad Man, the autobiography of advertising pioneer Roger Sterling is being reissued by Grove/Atlantic after being out of print 45 years.

Advertising pioneer and visionary Roger Sterling, Jr., served with distinction in the Navy during World War II, and joined Sterling Cooper Advertising as a junior account executive in 1947. He worked his way up to managing partner before leaving to found his own agency, Sterling Cooper Draper Pryce, in 1963.

During his long and illustrious career, Sterling has come into contact with all the luminaries and would-be luminaries of the advertising world, and he has acquired quite a reputation among his colleagues for his quips, barbs, and witticisms.

Taken as a whole, Roger Sterling’s pithy comments and observations amount to a unique window on the advertising world—a world that few among us are privileged to witness first—hand—as well as a commentary on life in New York City in the middle of the twentieth century.