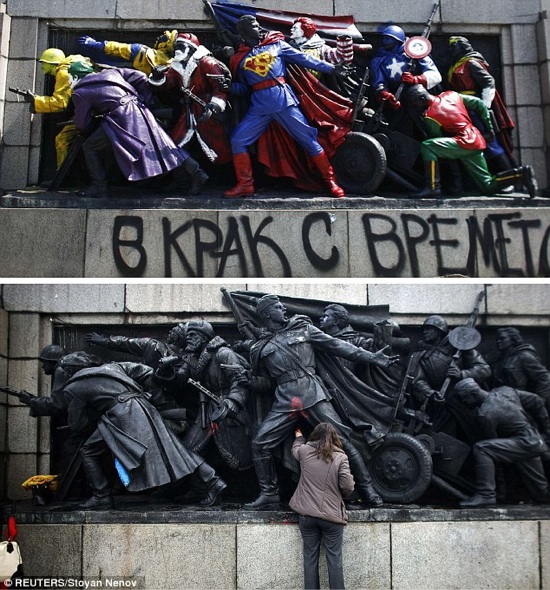 Taking centre stage is Superman with his distinctive red cape and blue suit. To the left is Santa Claus and to the right Ronald McDonald, the mascot of the fast-food giant McDonalds, and the Joker also makes an appearance. Below the graffiti artist has sprayed “Moving with the times” in Bulgarian black paint. The “artistic vandalism” appeared this morning – but it is still not clear who is behind the colourful display.