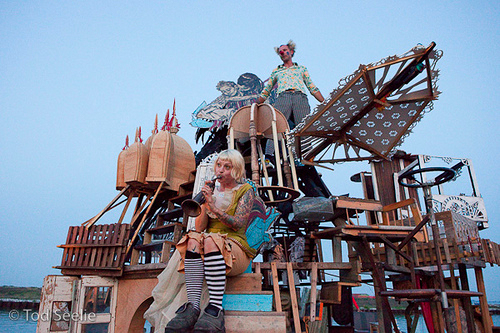 Both daunting projects were based on Swoon’s giant multimedia floating sculptures, beautiful rafts built from trash. As a group, we made these great, impossible situations happen. For Serenissima, we built junk boats in Slovenia and floated them all the way to [the Biennale in] Venice, Italy — and right into the Arsenal, with the band playing a haunting soundtrack, reverberating off the brick walls. We shook the art elite. 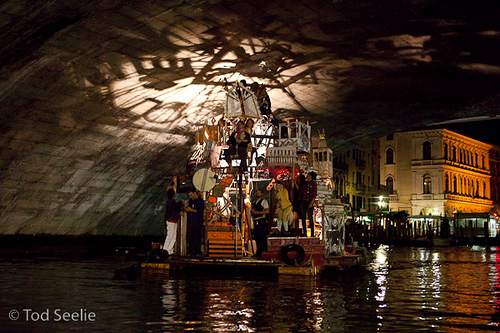 Working with the Anonymous Gallery at NYC’s Collective Hardware, Spy also produced a retrospective of these ephemeral vessels, and the crew of over 30 artists and dreamers who labored to bring them into existence: the “Pankabestia” of the Swimming Cities.

“Pankabestia”- what the Italian villagers called us when we floated into town on our junk rafts. It translates to “punk beasts”, and by all accounts we were – magical, grubby, unruly creatures carrying out an enchanted mythical scene, looking like bits of broken dreams, drifting. 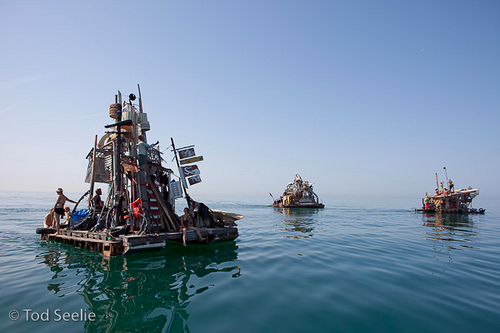 Her story is a vivid travelogue of a journey through liminal space, arduous, emotional and transcendent. 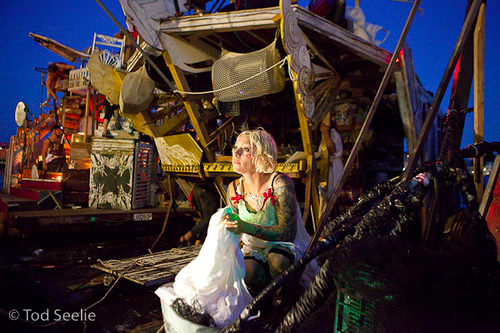 – Update on the Swimming Cities of Serenissima

– Speakeasy, A Fundraiser For The Swimming Cities of Serenissima