Peter Cohen, a Santa Barbara, California home builder and the co-owner of Trillium Enterprises, has created an amazing feline wonderland within the environs of his home, using overhead catwalks, spiral staircases, and specially designed odor-free closets to house the 22 litter boxes for his 15 rescued cats. Cohen explains how this all came about in an interview with Houzz TV.

When we bought this house in 1988, it came with two outdoor feral cats. And then one of them was killed when he was hit by a car and then the second one was hit by a car…So we made her an indoor cat and then to get her company, because the other one had been killed, we went to the shelter and adopted a couple of cats and that just started down the road. …The catwalks, the first catwalk I built was in 1995…for the walks, just the walks I’ve spent $40,000 or $50,000, and they can be done a lot cheaper, but the catwalks are for the cats but they’re also for me. They’re architecturally interesting to me – the colors and we always try to do something interesting with the shapes. 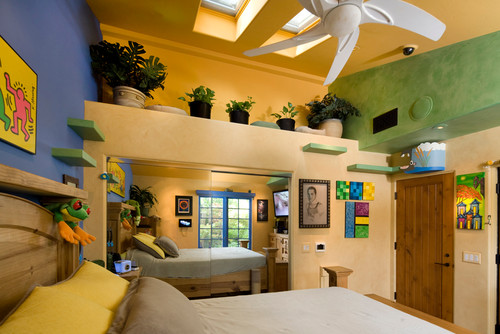 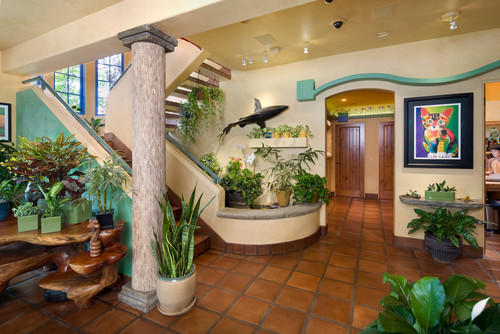 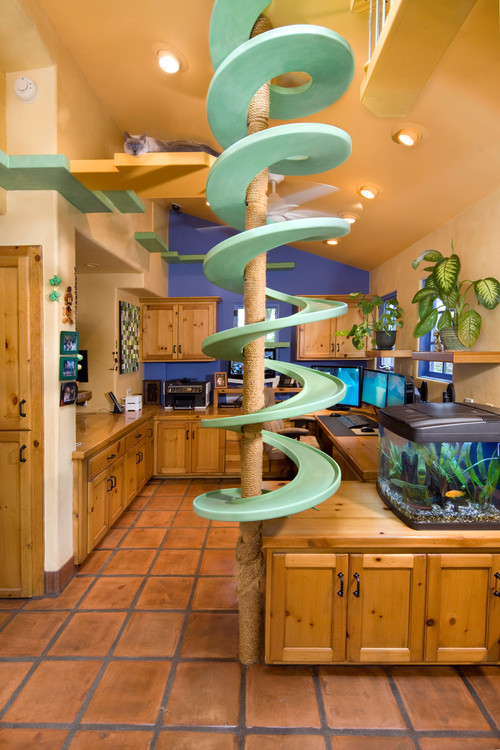