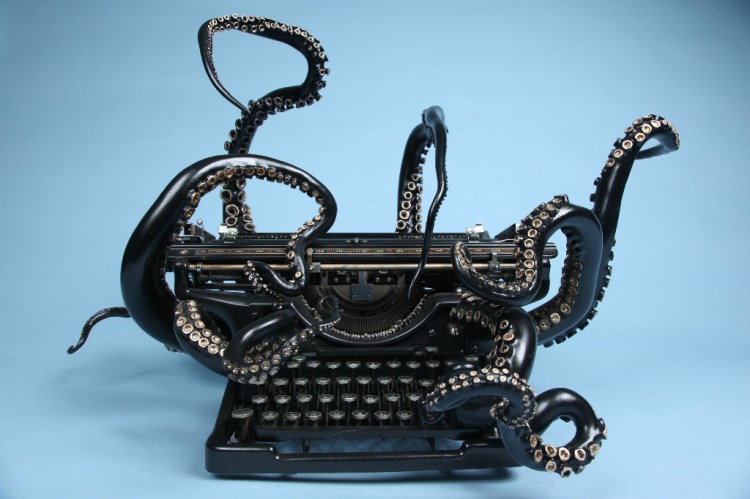 Artist Courtney Brown has created an incredibly complex and clever sculpture that she humorously named “Self-Organization“. Made from a repurposed 1938 Underwood typewriter, the piece features bronze octopus tentacles reaching over, under and around, blinding searching for the right keys to type up a note for itself. The sculpture recently won first place at the annual California Sculpture SLAM at the San Luis Obispo Museum of Art. 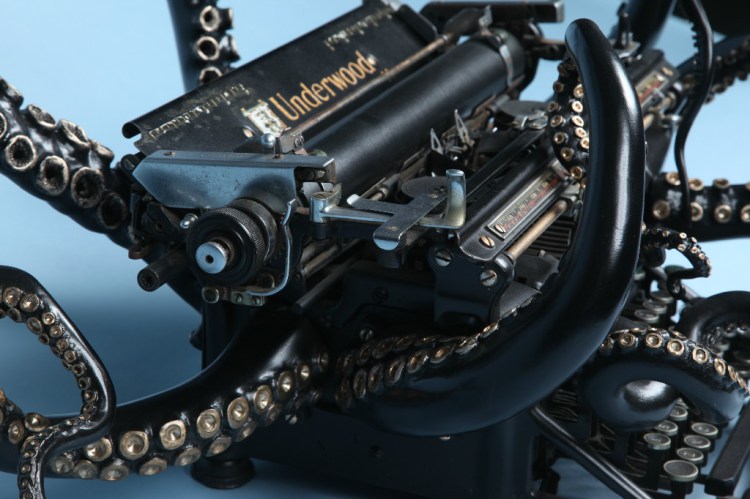 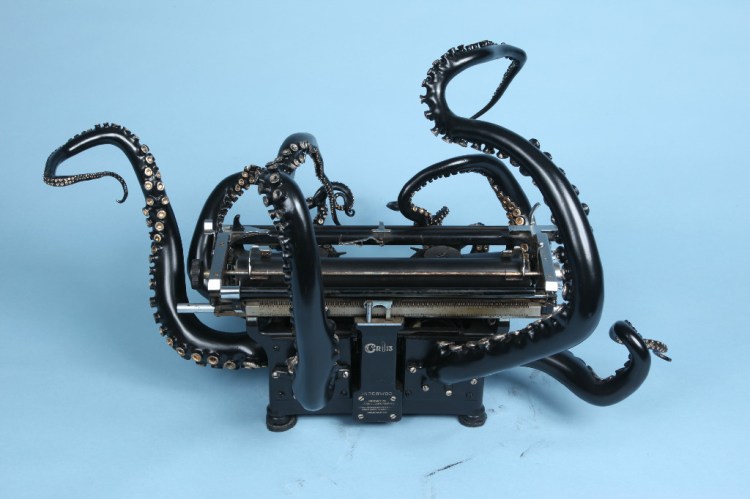 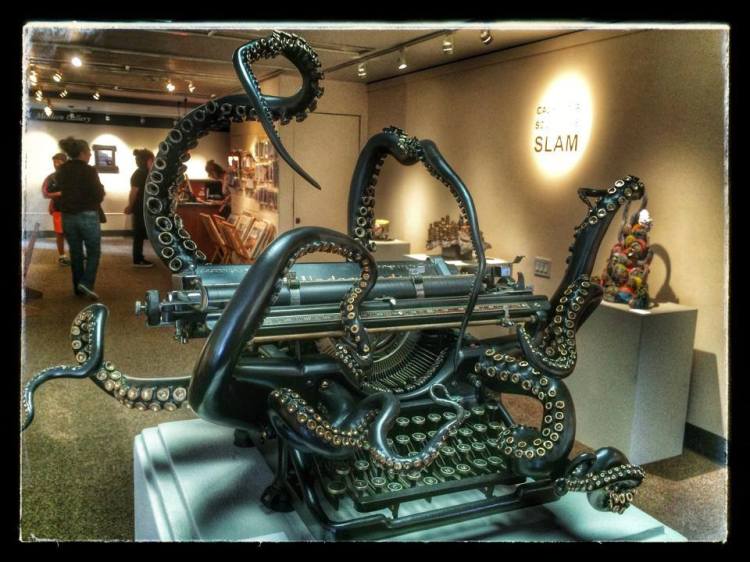