Marvel has released a new television spot for their upcoming superhero film, Ant-Man. The spot shows Scott Lang (Paul Rudd) donning his new Ant-Man suit, shrinking down to a miniature size for the first time, and then facing a fierce trial by water. Ant-Man is scheduled to release in theaters on July 17, 2015.

The next evolution of the Marvel Cinematic Universe brings a founding member of The Avengers to the big screen for the first time with Marvel Studios’ ‘Ant-Man’ when master thief Scott Lang must embrace his inner-hero and help his mentor, Dr. Hank Pym, protect the secret behind his spectacular Ant-Man suit from a new generation of towering threats.

Marvel also shared a series of movie posters on the Ant-Man Facebook page that compare the tiny Ant-Man to massive members of the Avengers: 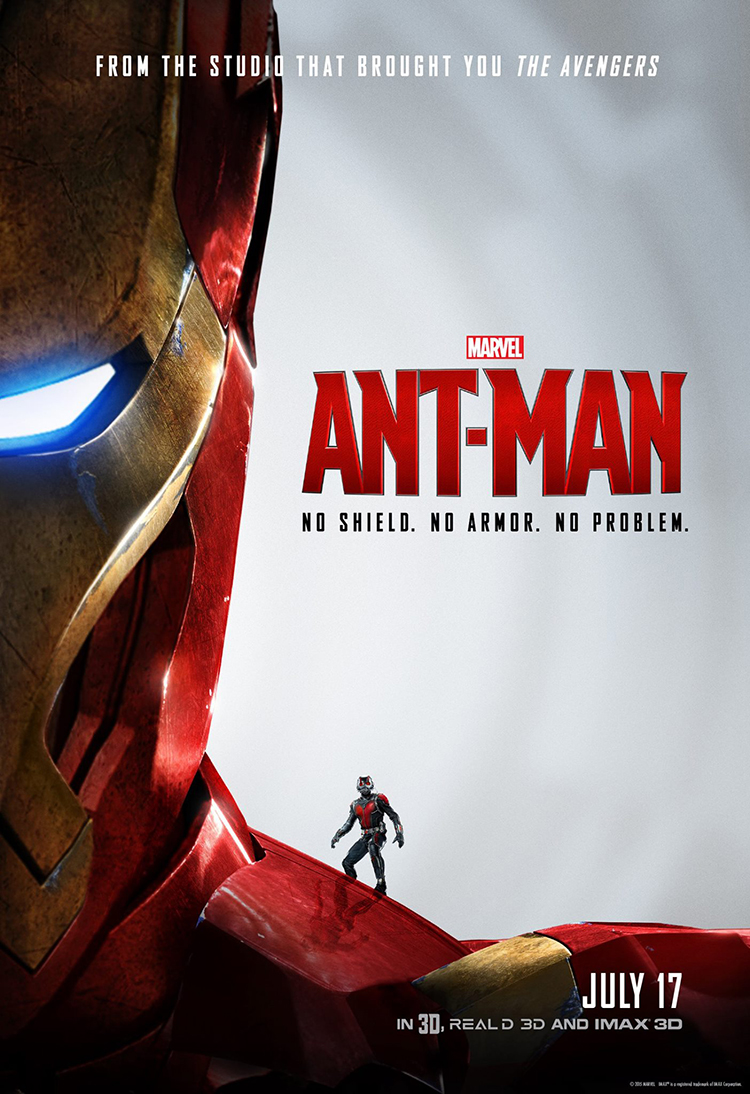 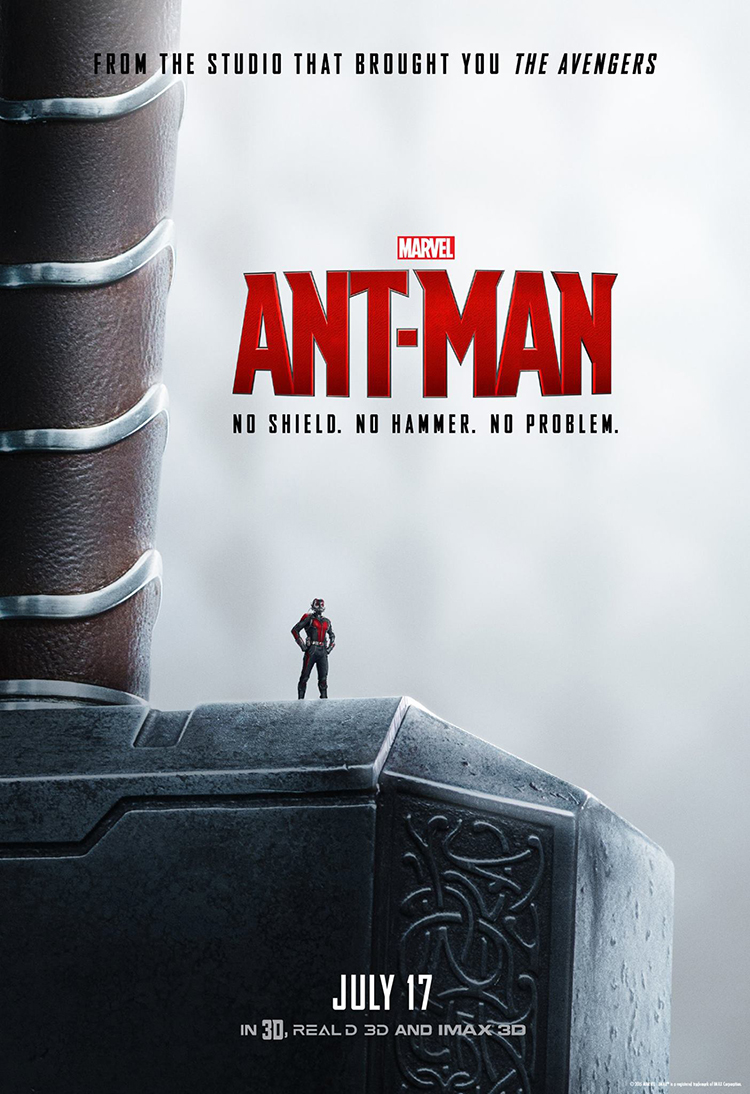 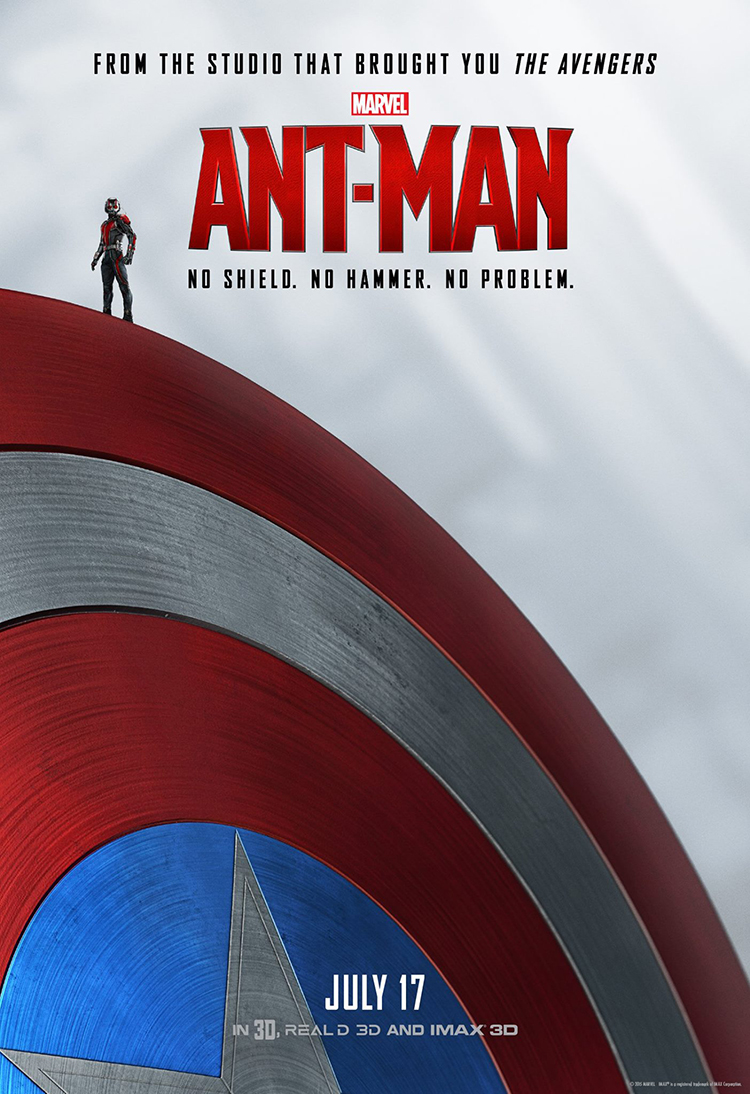