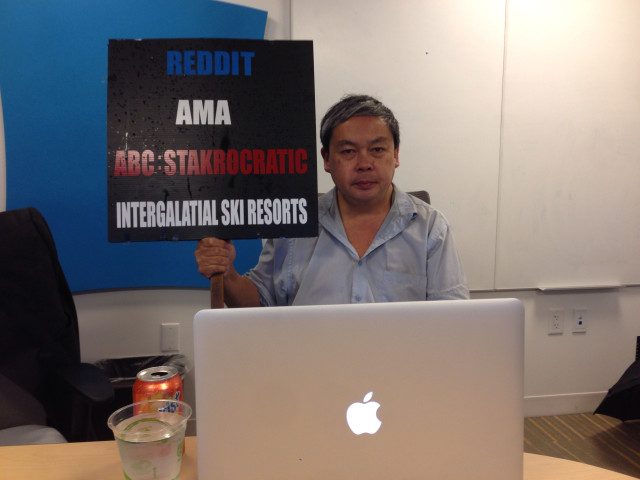 San Francisco’s legendary eccentric character Frank Chu is doing a reddit AMA (Ask Me Anything) today on /r/sanfrancisco/. This is your chance to find answers to the mysteries of the 12 Galaxies.

My name is Frank Chu. You’ve probably seen me protesting around San Francisco. My campaign is about Bill Clinton and other top secret identities, involved with the populations of the 12 Galaxies, not paying me as a movie star and a TV star. It is about other intergalatial rocket societies and flying saucers and space vacations. Ask me anything!

Laughing Squid was the proud sponsor of the back of Frank’s unique “protest” sign from 2009-2013. 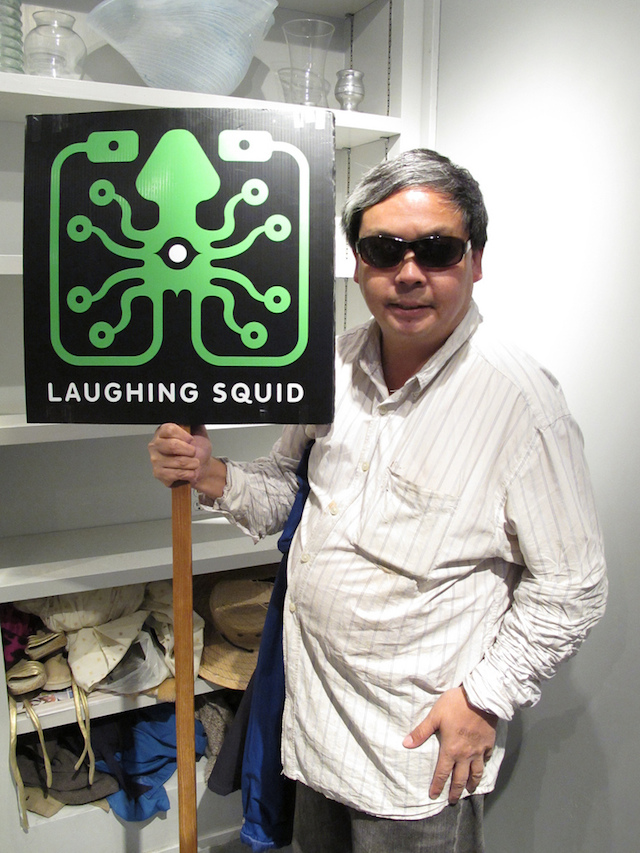 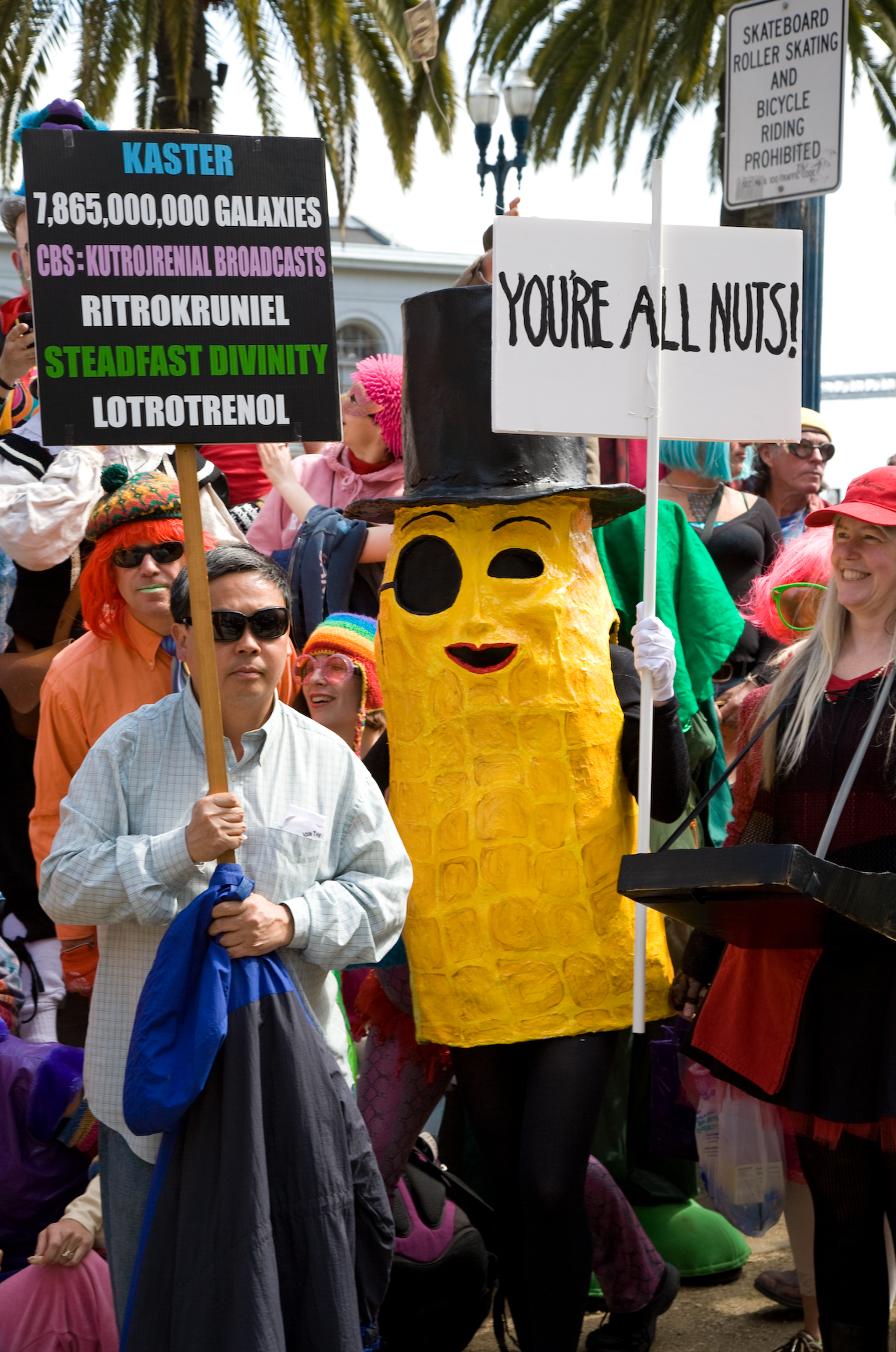