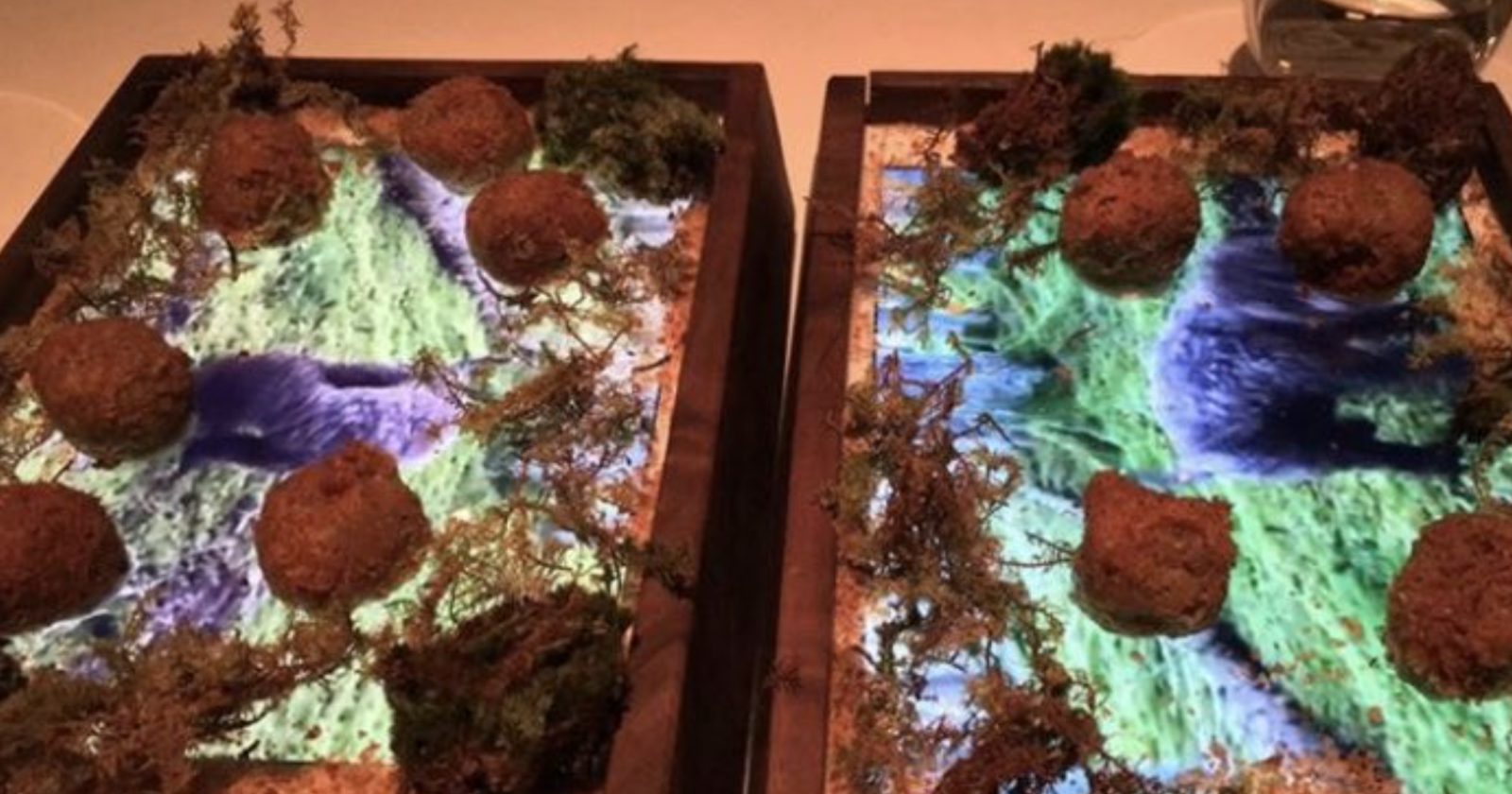 Quince, the newly minted three-star Michelin rated San Francisco restaurant, is offering their diners a truly interactive appetizer. Entitled “A Dog Searching for Gold“, the dish offers a “white truffle croquettes on iPad Pros playing videos of water dog on the truffle-hunt” per a message sent to Richie Nakano aka Line Cook. The concept is the brainchild of Quince’s owner Chef Michael Tusk, who also served the same dish when he was hosted at BOKA Chicago.

The video being played on the iPad Pro dish.