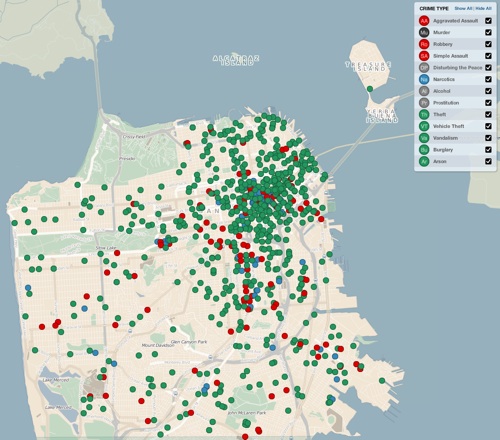 Instead of simply knowing where a crime took place, we would like to investigate questions like: Is there more crime this week than last week? More this month than last? Do robberies tend to happen close to murders? We’re interested in everything from complex questions of patterns and trends, to the most local of concerns on a block-by-block basis.