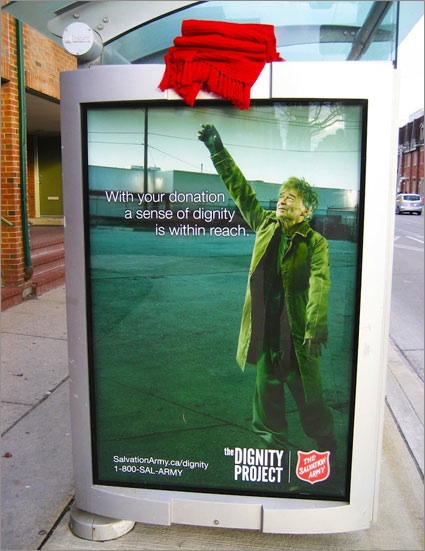 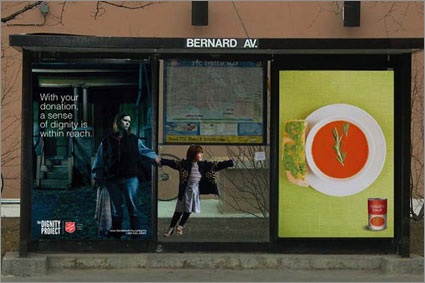 The Salvation Army in Canada has created a series of bus stop ads featuring homeless people reaching out for necessities as part of The Dignity Project, which is attempting to restore hope and dignity for the less fortunate.

The Salvation Army believes that human dignity is a fundamental right for all. For most, living without dignity is a remote concept. However, for too many Canadians, the basic necessities of life required for human dignity are out of reach. Poverty is often the root cause, leaving 3 million Canadians without access to everyday resources such as food, clothing and shelter. We have developed The Dignity Project to inspire and educate the public about the challenges facing society’s most vulnerable people. We believe that together, we can address the dehumanizing scourge of poverty and injustice. We are asking all Canadians to join The Dignity Project – let’s restore hope and dignity.