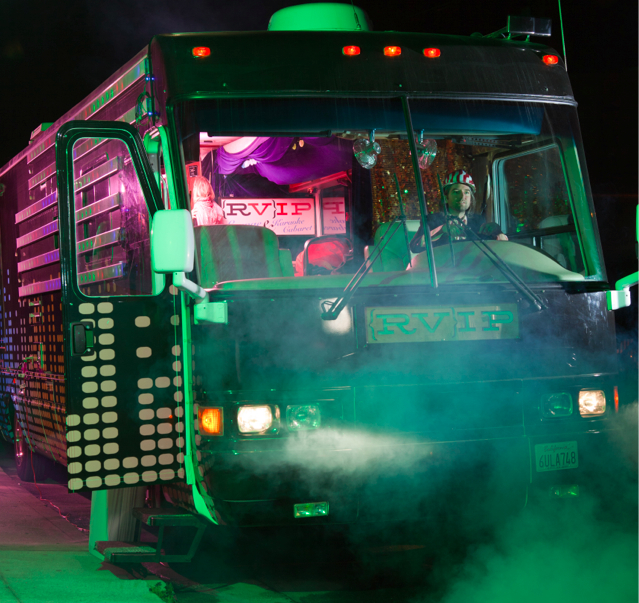 Our friends at RVIP Lounge have provided the detailed schedule for their mobile karaoke lounge “transportainment” (transportation + entertainment) units at SXSW 2013.

SXSW 2013: RVIP Ragers Fueled by Karaoke and You

The RVIP Lounge is the latest thing at SXSW. And we mean that literally: we’re open later than any other party. It’s always free, the top shelf liquor never runs out, and we have no closing time. You just have to find us. Here’s how:

This year we have TWO Lounges circulating SXSW, lovingly known as “Biggie” and “Smalls.”

SMALLS 2: The sequel to our retired Winnebago, it looks like and old-school family vacation RV and will be cruising SXSWi thanks to Applause. Friday, March 8 – Tuesday, March 12.

ooVoo heroically extended Biggie all the way through interactive, to Monday & Tuesday (3/11-3/12), and Red Touch Media helped us stay for one fantastic night of Music, Thursday, March 14.

We are a moving target, but here are a few hints to help catch us: