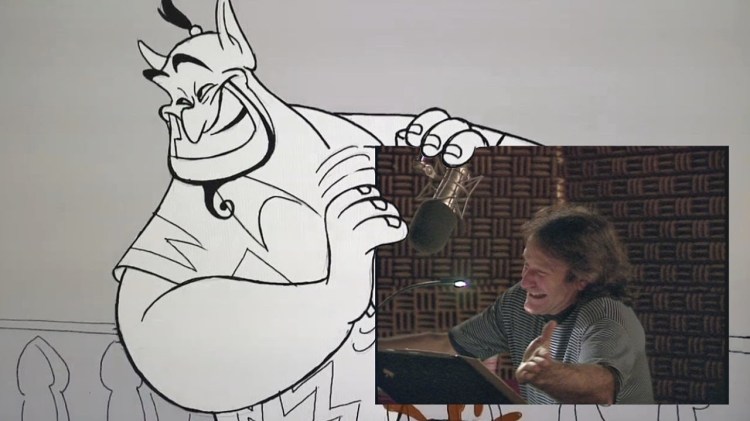 One of the late, great Robin Williams‘ most iconic roles was that of the voice of wise-cracking Genie in the Disney classic Aladdin. This is no more evident than in these rare, wonderful outtakes from a recording session for the film in 1992. Williams shows just how incredible a showman he was, even when roughly animated by the incredible illustrators who were trying to keep up with him.