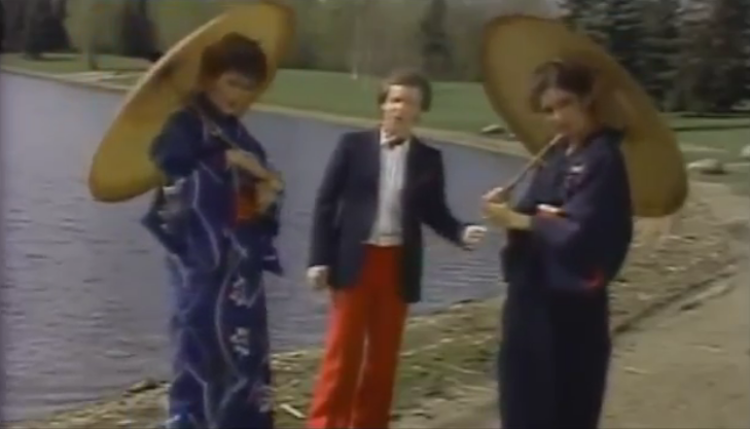 In a classic clip from the sketch comedy series Second City Television (SCTV), a rather dapper Rick Moranis in character as Gerry Todd, struts around a golf course clad in blue jacket, white shirt with a colorful cravat, red pants and white shoes singing a fabulous lounge cover of the song “Turning Japanese” by The Vapors. During the song Todd is randomly joined by women in kimonos twirling around with umbrellas.