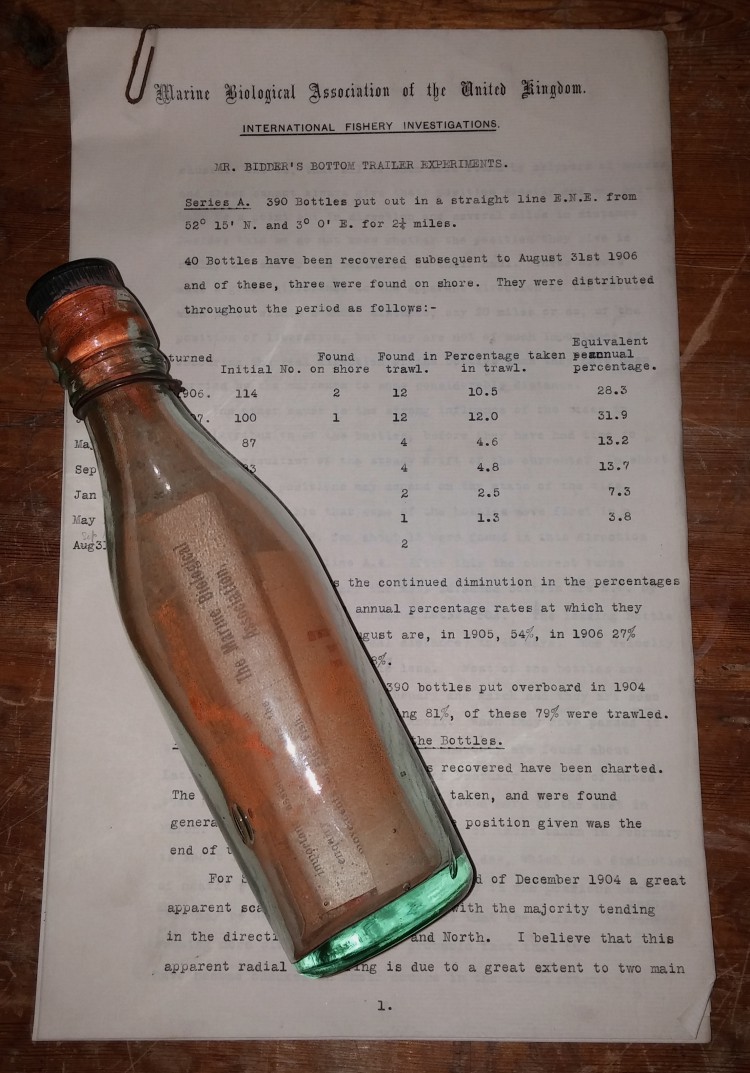 Retired postal worker Marianne Winkler recently discovered a 108-year-old message in a bottle sent by George Parker Bidder between 1904 and 1906 from the Marine Biological Association as part of a research project to study ocean currents and fish migrations. The bottle contained a postcard asking the finder to return it with the location where it was found in exchange for a reward of one shilling.

A more modern version of the experiment tags fish electronically, and offers a reward if the tags are found. The reward is doubled if the tag is still attached to the fish and they are returned together.

As promised, Winkler was sent one old English shilling. 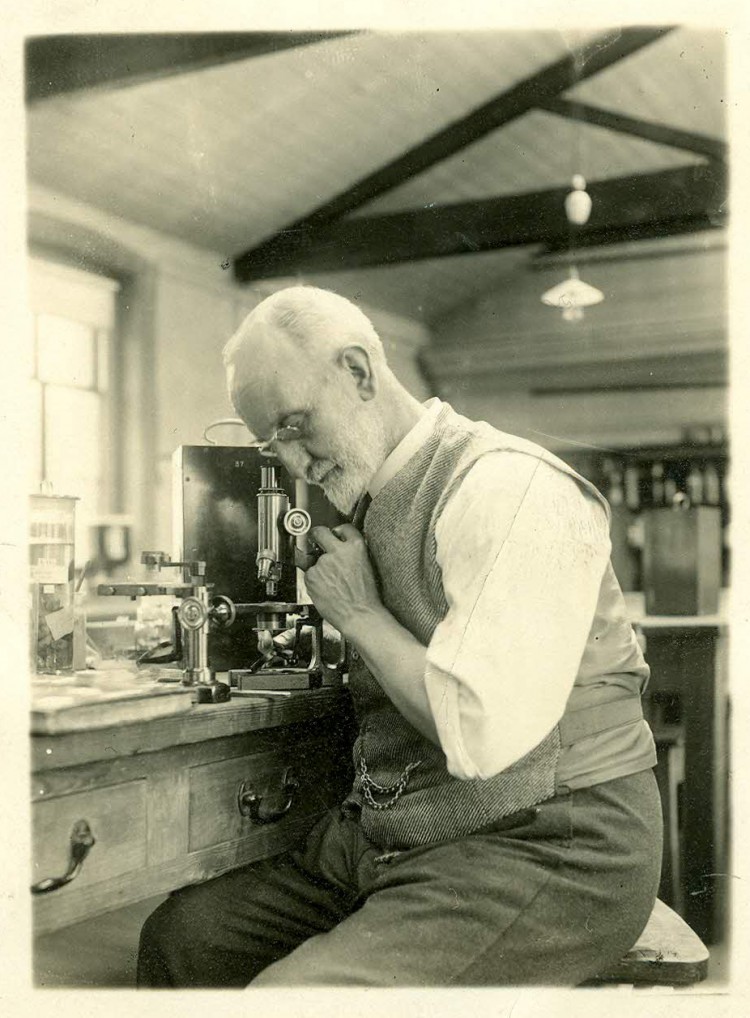 photos via Marine Biological Association of the UK