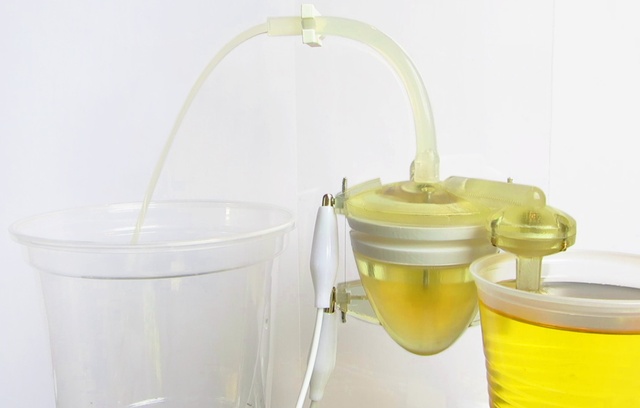 Researchers at the University of the West of England have created an “EcoBot” that is powered by human urine. According to LiveScience, the robot’s microbial fuel cell (MFC) contains microorganisms akin to those in the human stomach or sewage treatment plants. These microorganisms digest the urine and produce electrons, which can then be turned into electrical current to power the robot. Previous versions of the robot used rotten food, dead flies, and other waste, while the latest version uses an artificial muscle-driven pump to send urine to the MFC to be broken down and converted to energy. The pump does create more energy than it consumes, but researchers are still working to make the system more efficient.