On a Saturday Night Live sketch, cast members parodied the hit AMC television series, The Walking Dead. The parody featured comedian and SNL host Kevin Hart as a newly infected zombie. Throughout the sketch, Kevin swears to the group of zombie apocalypse survivors that he is, in fact, not a zombie. He goes on to label them as being “racist,” when they try to explain otherwise. At one point a survivor yells out, “You’re one of them!.” Kevin the zombie quickly responds, “Excuse me, one of them? Oh my God! This is so racist right now!.” 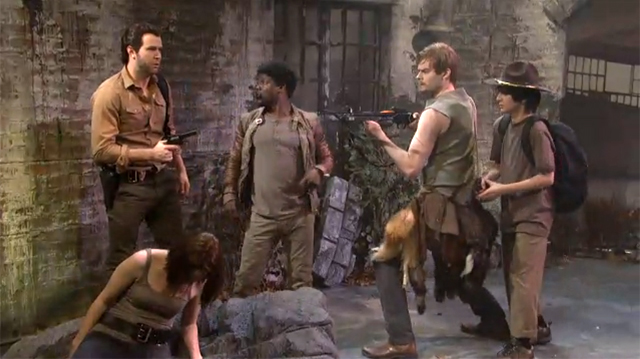