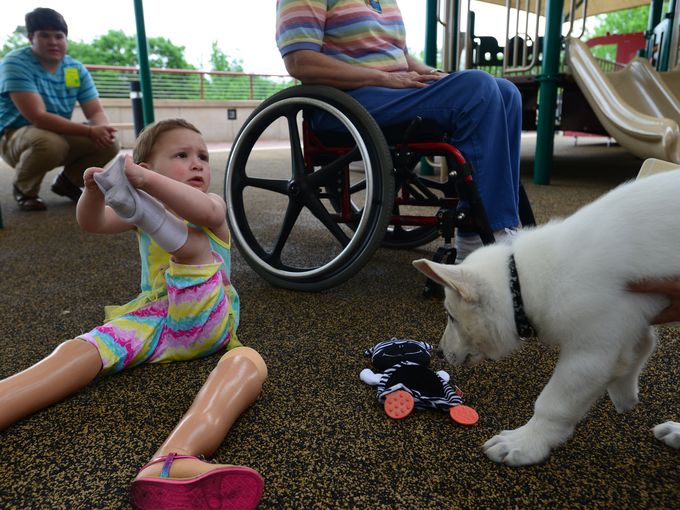 When Greenville, South Carolina-based breeder Kate Riddle learned that one of her white German Shepherd puppies was born without a foot, she adorably named him Lt. Dan after the Forrest Gump character and sought to find the perfect home for him. Riddle turned to Shriner’s Hospital for Children and found a little girl named Sapphyre Johnson whose feet had been amputated shortly after birth. In an interview with Greenville Online, Johnson’s child life specialist Elaine Hardin spoke about the first time the little girl saw the puppy.

The first time I showed her a picture of the dog, she looked at it for a moment, and she said, ‘That’s my puppy. He’s just like me.’ …He’s a special dog and he’s going to a special child. …In the future, I could see Sapphy at her first show-and-tell in school and she could bring in her dog and explain about her dog and herself. Everybody loves dogs and they’ll want to know about her dog that’s special like her. 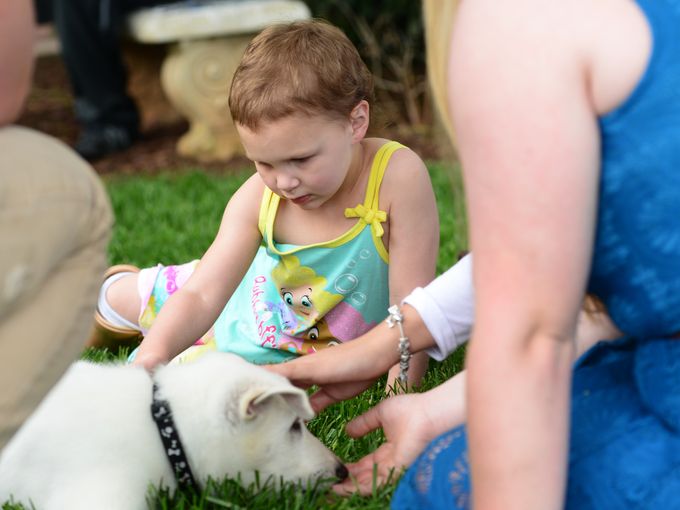 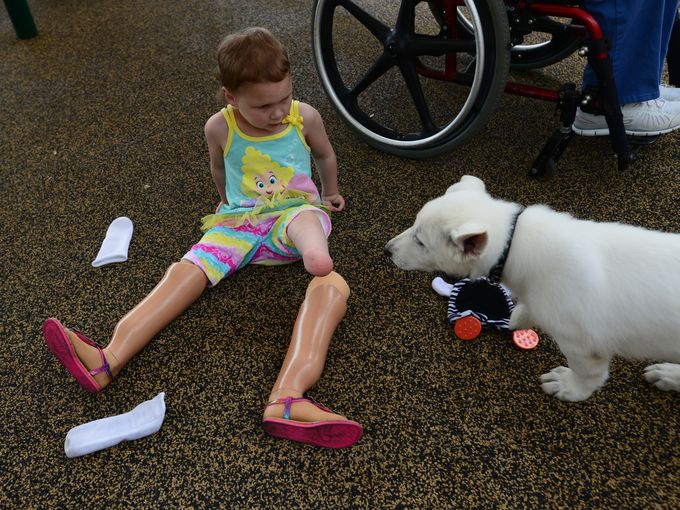 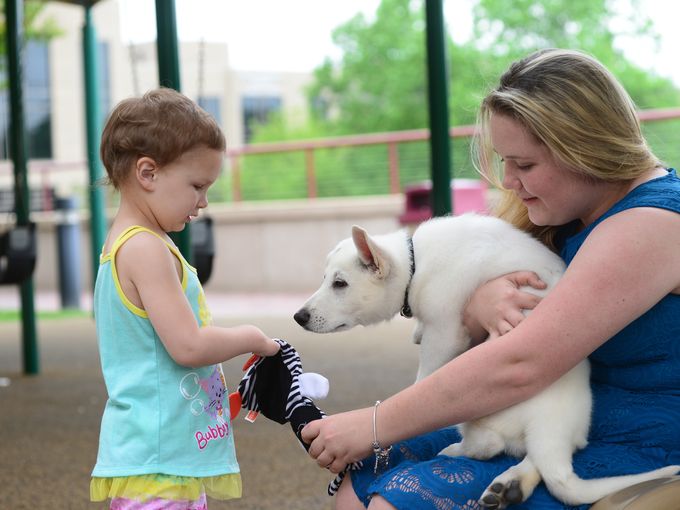 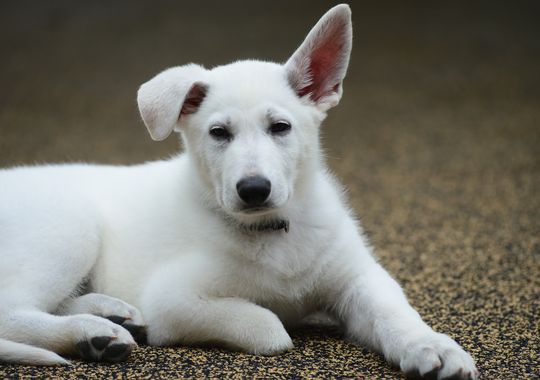