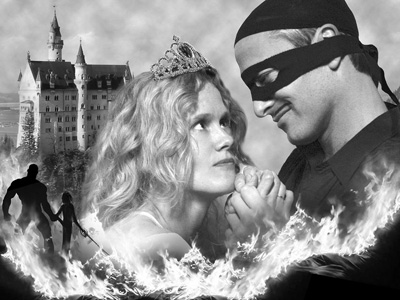 What happens when the Most Beautiful Woman in the World marries the Bravest Prince in the World-and he turns out to be a son of a bitch? Fencing, Fighting, True Love, Strong Hate, Harsh Revenge, Lots of Bad Men, Lots of Good Men, Some Beautiful Women, Beasties Monstrous and Gentle, Some Swell Escapes and Captures, Death, Lies, Truth and a little Sex abound in Princess Bride the Play, Impossible Production’s tribute to the hottest fairy tale ever written. All we need is a Miracle.