Today I went to Maker Faire Bay Area 2013 with my mom, my daughter and some friends and really had a blast. The festival also runs on Sunday May 19th, so if you’re in the area, you still have time to head down to the San Mateo County Event Center for the fun. Tickets are now on sale.

Here’s some photos from our day: 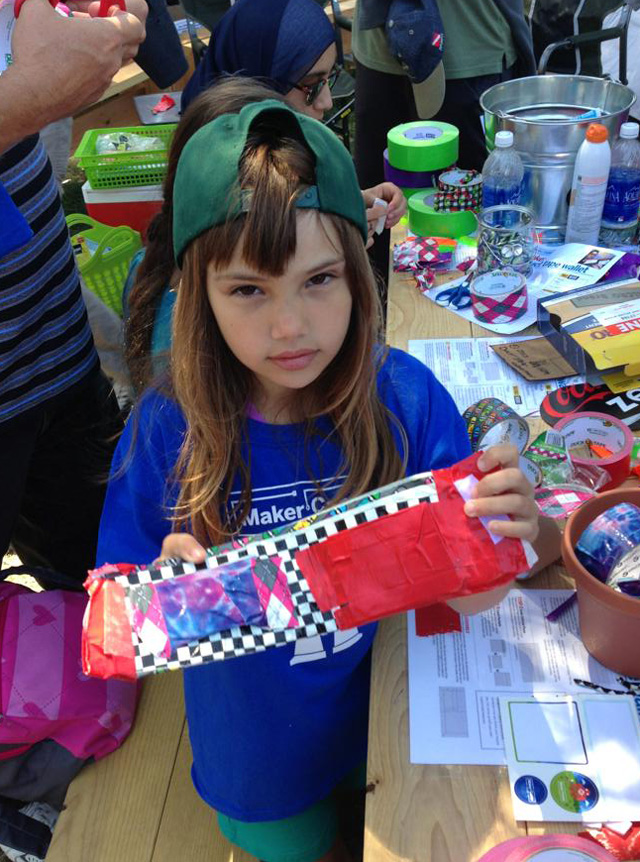 Our friend Claire made a wallet out of duct tape, photo by Terry Ewing Ran into my friend Devon McGuire of Maker Media, photo by Terry Ewing

My entire set of photos from Maker Faire Bay Area 2013.