Gertjie, a baby rhino who was orphaned when his parents were killed by poachers, seems to enjoy the company of the humans around him at the Hoedspruit Endangered Species Centre (HESC) in Limpopo, South Africa. Whether he’s resting his head, getting a mudbath or going for his very first walk alone, the little rhino seems to be bouncing back from his very difficult start in life.

This baby rhino takes two long walks daily and absolutely loves his mud baths. And much like any child, Gertjie is scared of sleeping alone at night. He spends sleep time snuggled up to a staff member and loves taking a snooze on their laps.

The South African grocery chain Pick n Pay is sponsoring Gertjie’s development until he is strong enough to be returned to the wild. International donations can be made via HESC. 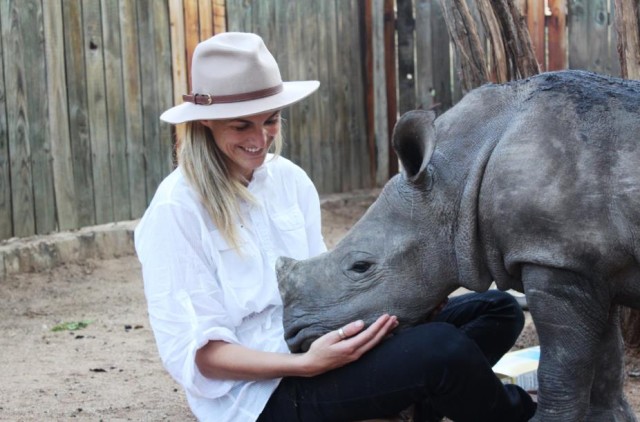