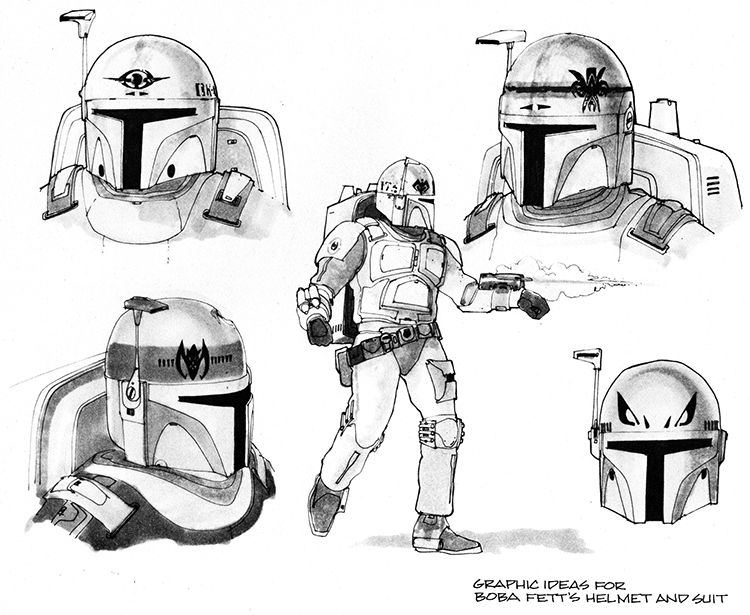 Joe Johnston is a talented film director and former effects artist known for his work on special effects-filled movies like The Rocketeer, Jumanji, Jurassic Park III, Captain America: The First Avenger, and many others. Star Wars fan site The Dented Helmet recently posted some of the original concept art that Johnston designed, alongside Ralph McQuarrie, for George Lucas‘ infamous Star Wars bounty hunter Boba Fett. According to The Dented Helmet, “Joe Johnston is considered to be the ‘father’ of Boba Fett”. More of Johnston’s conceptual artwork is available to view online.

Working along side Ralph McQuarrie, Johnston designed dozens of variations of the Boba Fett costume, slowly refining the character from a look similar to the stormtroopers seen in Star Wars to its own unique character. According to George Lucas, Boba Fett emerged from the original creation of Darth Vader.

“I wanted to develop an essentially evil, very frightening character,” said Lucas of Vader. “He started as a kind of intergalactic bounty hunter, evolved into a grotesque knight, and as I got deeper into the knight ethos he became more a dark warrior than a mercenary… I split him up and it was from the early concept of Darth Vader as a bounty hunter that Boba Fett came.” 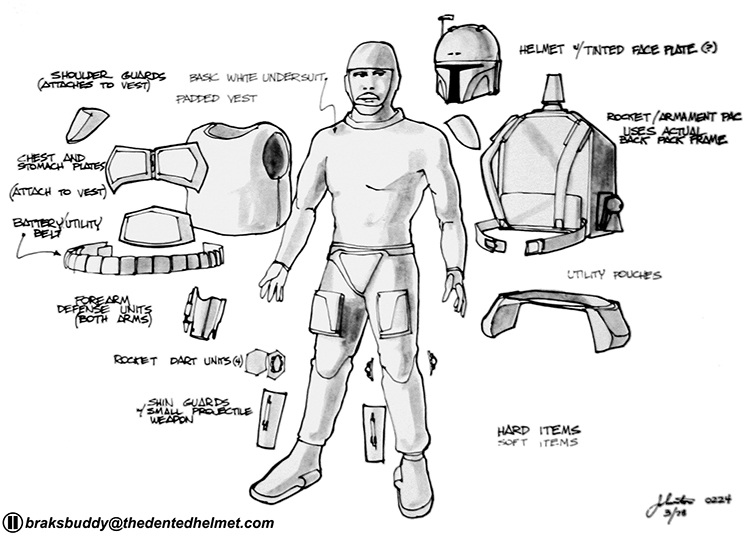 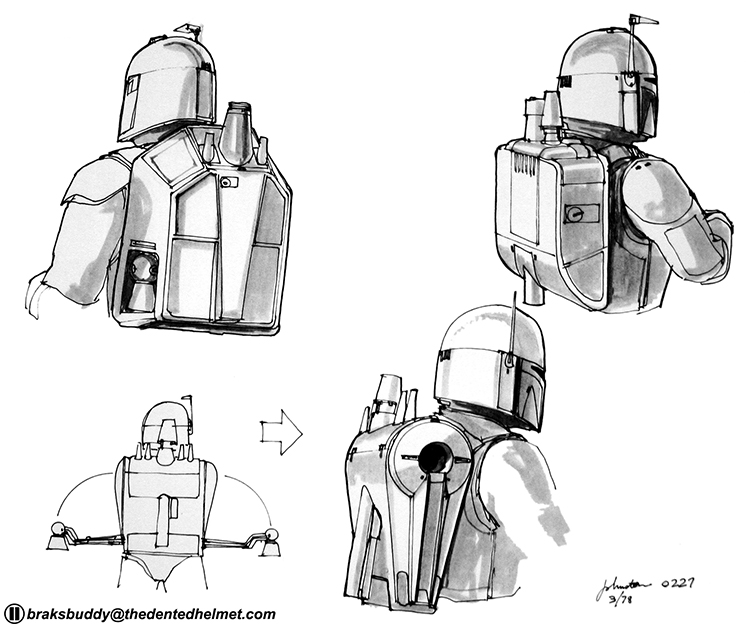 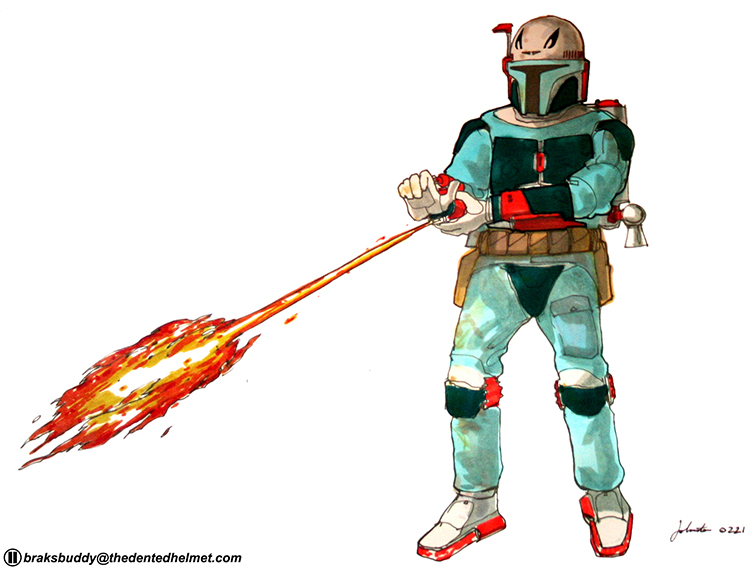 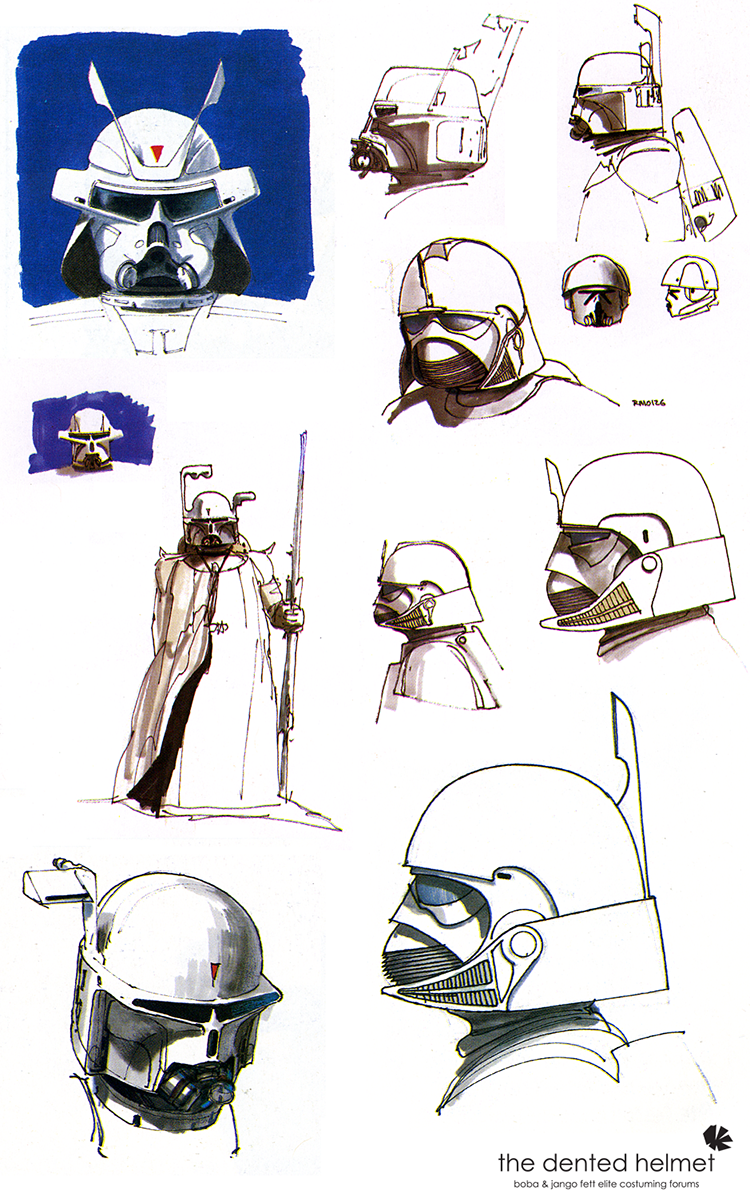 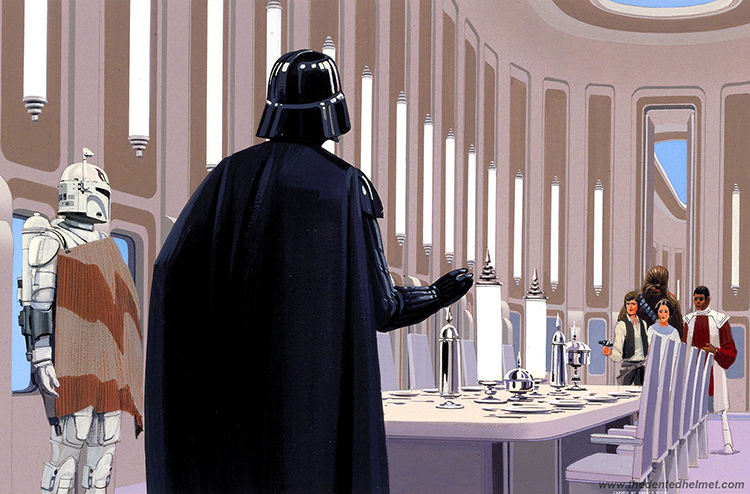 images via The Dented Helmet Gellery