Legendary prankster Joey Skaggs is organizing his 32nd Annual April Fool’s Day Parade in New York City on Saturday, April 1st. The theme for this year’s parade is “Make Russia Great Again”. Here’s the full press release issued by the New York April Fool’s Committee. The press release includes a link to a downloadable Donald Trump mask to use in the parade’s “TRUMPATHON” event. Additionally, there will be floats including Skagg’s “YUGE” Donald Trump Golden Ass float “with a giant head, giant ass, and tiny hands.” Anyone is welcome to join along the route, whether in costume (black suit, red tie) or not, as is any float no wider than 10 feet and no longer than 30 feet. The parade will start at 59th Street and Fifth Ave at 12 noon, and will pass by Trump Tower at 12:15 pm.

New York’s irreverent April Fools’ Day Parade returns, poking fun once again at the past year’s displays of hype, hypocrisy, deceit, bigotry, and downright foolishness. Nothing is sacred. Our satire knows no bounds. The parade this year will be a massive “TRUMPATHON” celebrating our president’s greatest fixation — himself. We’re inviting everyone to help us amass the world’s largest assembly of Trump look-alikes to march in the parade from 5th Avenue and 59th Street down to Washington Square Park in New York City. …Says Parade Organizer Joey Skaggs, “April Fools’ Day, once a day of celebrating alternative truth, has now officially been extended to 365 days of the year.” …The Parade Committee assumes no liability for damages caused by satire. 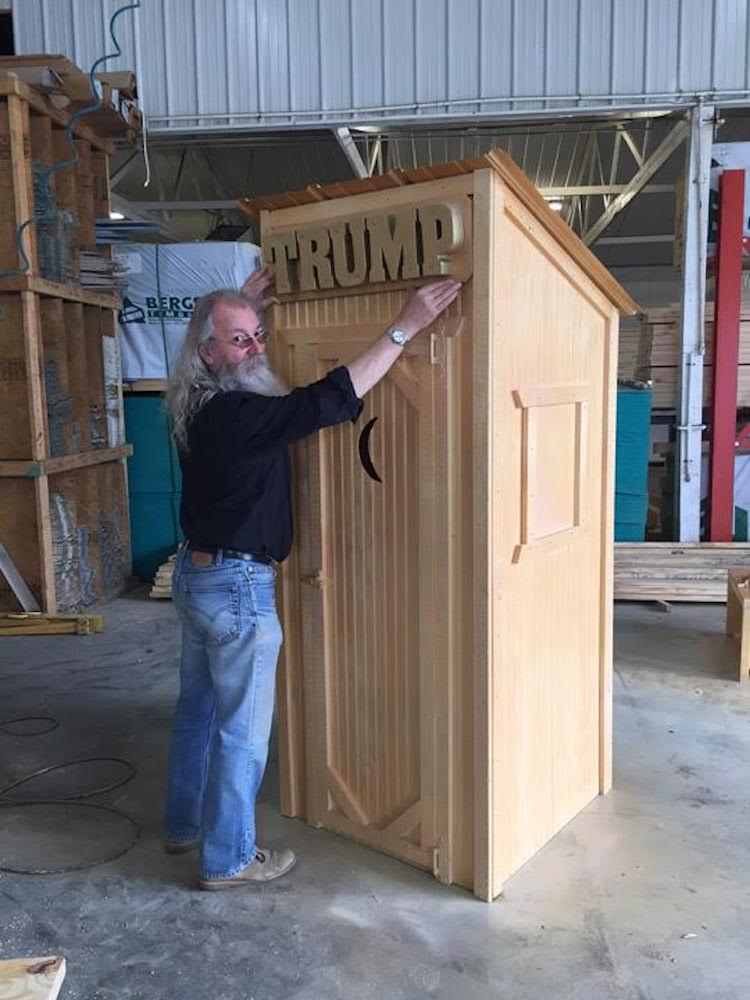