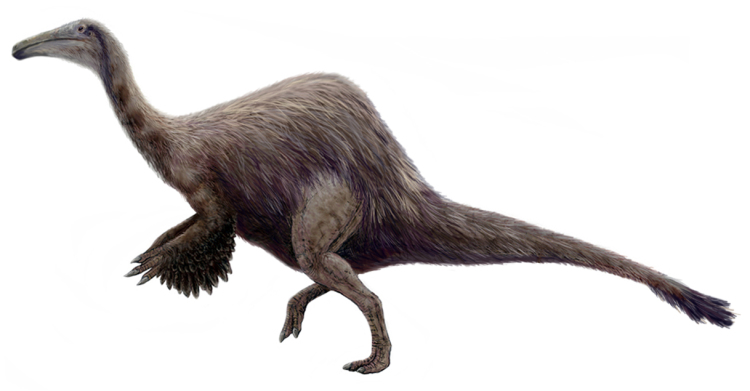 New fossil discoveries made by a team of paleontologists answer decades-old questions about the Deinocheirus mirificus, a dinosaur whose arm bones were first discovered in 1965. Due to the limited fossil resources scientists could only speculate on the shape of Deinocheirus mirificus beyond its arms, but new fossil evidence shows it to be duck-billed, ostrich-like dinosaur that was larger than a Tyrannosaurus rex.

A team led by Yuong-Nam Lee of the Geological Museum, Korea Institute of Geoscience and Mineral Resources found additional specimens of Deinocheirus mirificus fossils at a site where fossil poachers had already dug up other dinosaur bones, and at a fossil shop that had the skull as well as parts of the dinosaur’s hands and feet. From that, they were able to piece together a more complete idea of what Deinocheirus mirificus may have looked like.

The team published their findings in the journal Nature.