Pluto sent a love note back to Earth via @NASANewHorizons. This is the last image taken before today’s #PlutoFlyby. pic.twitter.com/a2AE20LHcR

NASA has released the last image taken of the dwarf planet Pluto before the historic flyby of the New Horizons mission that occurred at 7:49:57am ET on July 14, 2015, more than nine years after launching on January 19, 2006 and travelling over three billion miles from Earth.

NASA also released a video featuring members of the New Horizons team recapping the mission in the final minutes before the probe reached its closest approach of 7,800 miles. 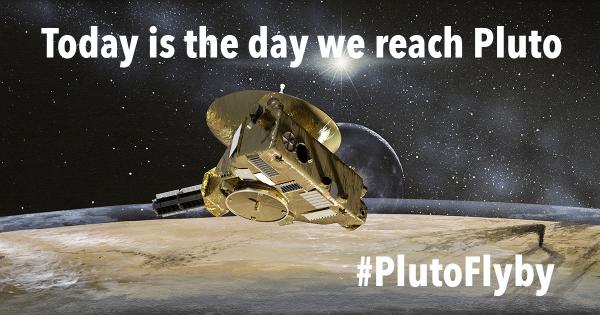