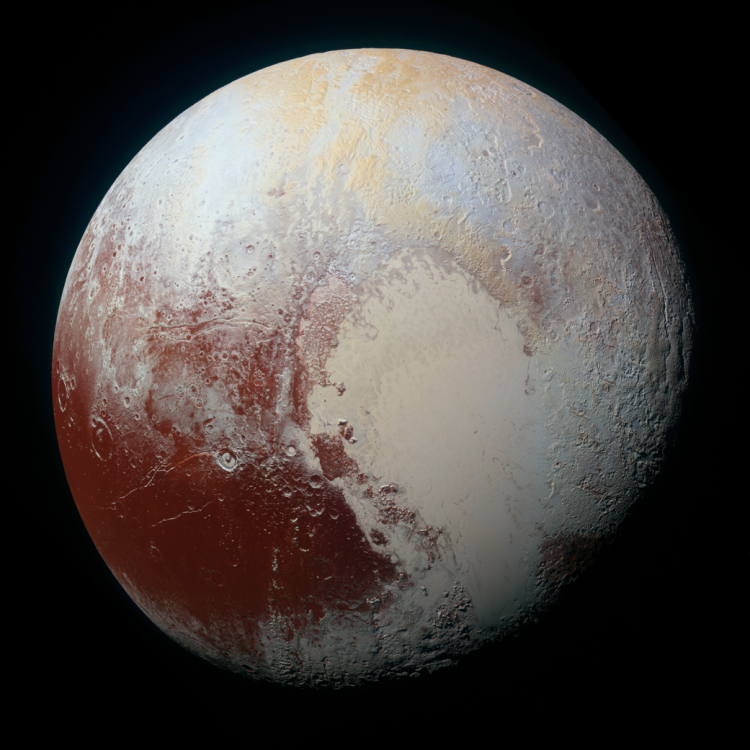 NASA has released an incredible enhanced color image of the dwarf planet Pluto taken by the Ralph/Multispectral Visual Imaging Camera (MVIC) on the New Horizons space probe which made an historic flyby of Pluto on July 14, 2015. The final image is the result of combining blue, red and infrared data from the MVIC, and users can zoom in to the high-resolution version to explore the surface of Pluto in rich color and detail.