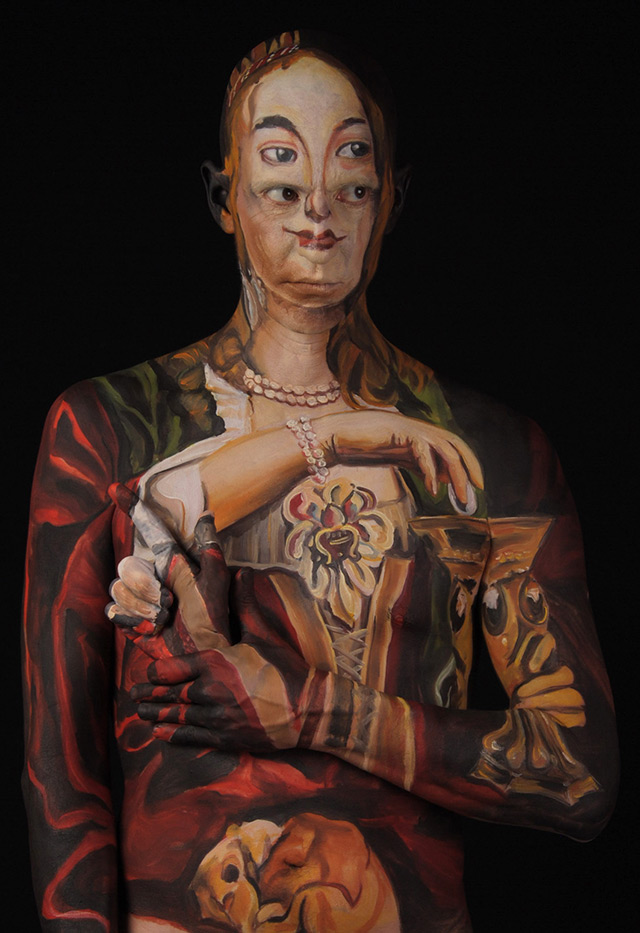 “Museum Anatomy” is an ongoing project by art duo Chadwick & Spector (Chadwick Gray and Laura Spector) to recreate paintings in museum collections by painting reproductions on a most unusual canvas: the human body. The elaborate process begins with a photograph of the work, after which Spector spends 5 to 18 hours reproducing the image on a body (usually Gray’s) with special effects makeup. The final artwork is a photograph of the completed body art. The duo has been working on “Museum Anatomy” since 1994. We previously posted about the project back in 2010.

Chadwick & Spector’s work will be on display at “The Big Show” at the Lawndale Art Center in Houston, July 12 to August 10, 2013, and in a solo show at the Georgetown Arts and Cultural Center in Seattle, October 4 to November 3, 2013. 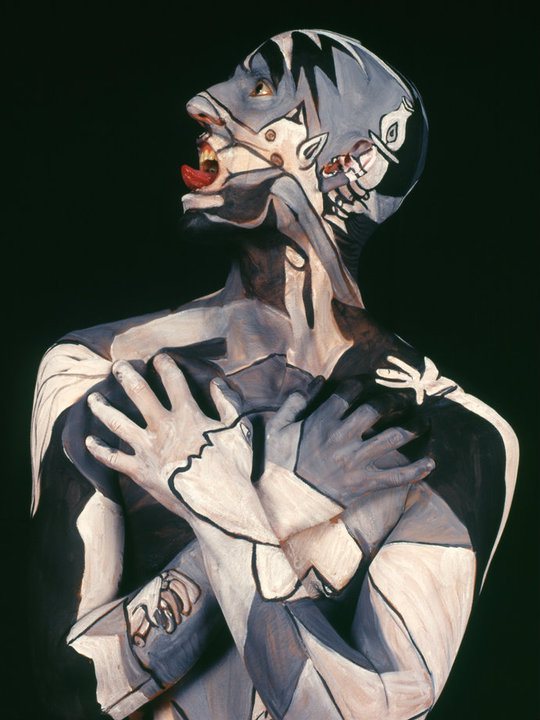 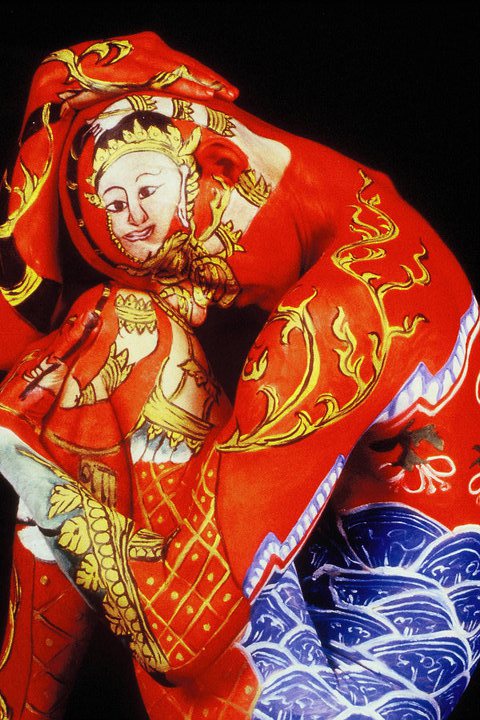 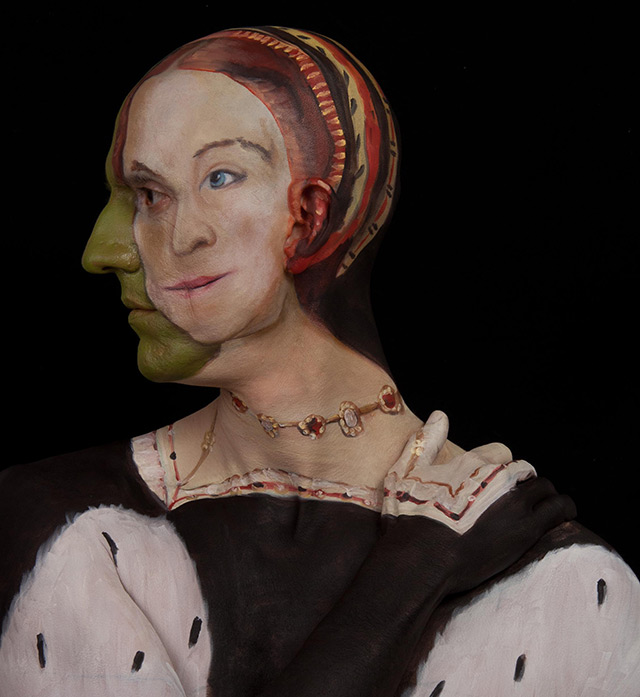 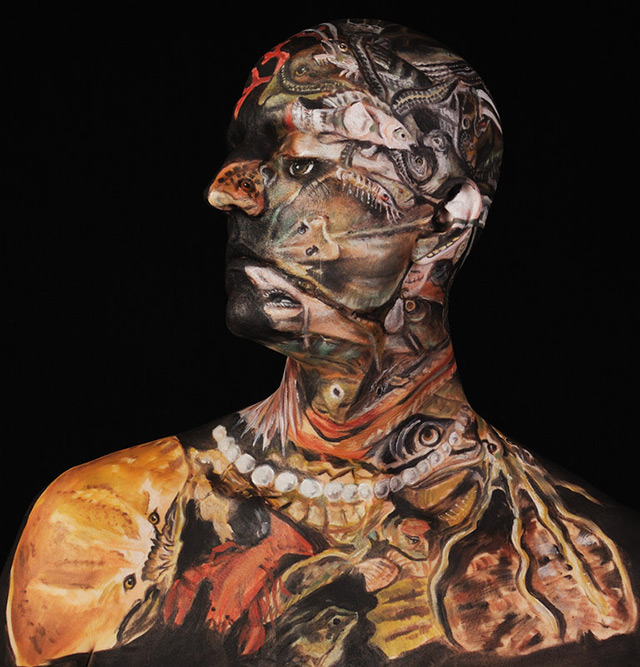 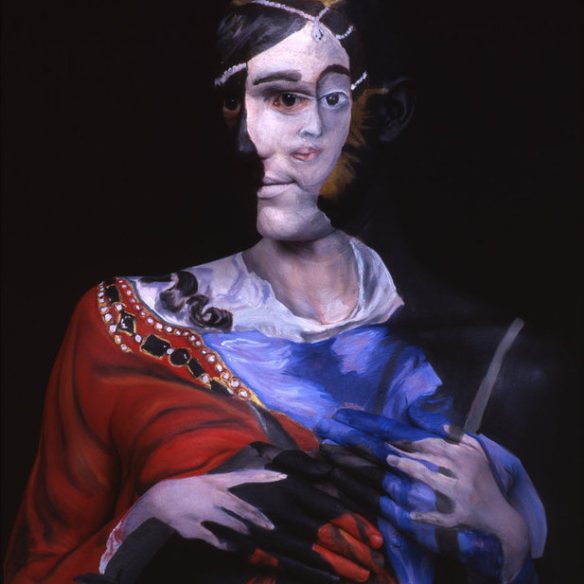 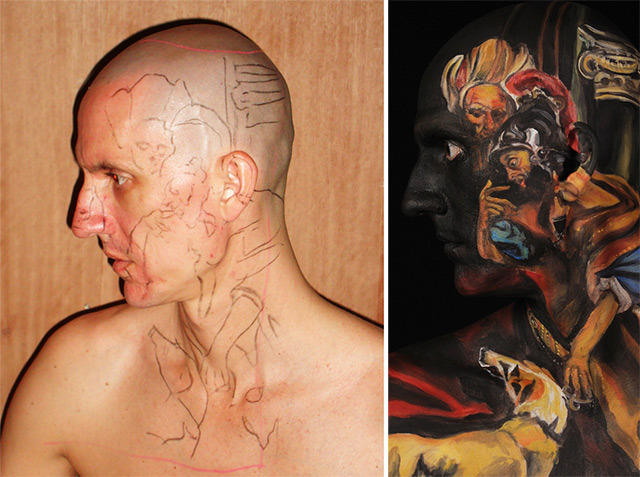