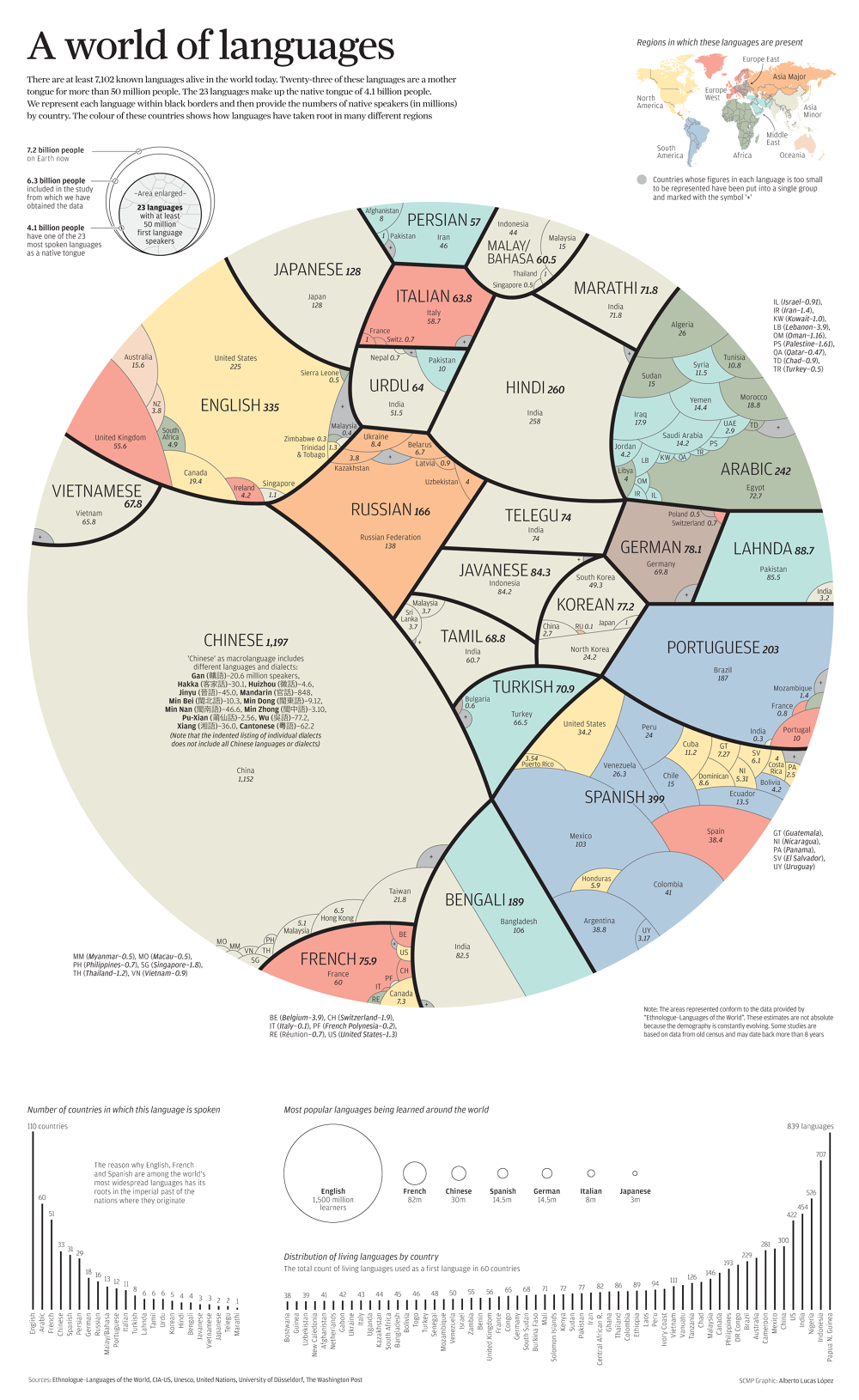 Alberto Lucas López created “Mother Tongues”, a fascinating infographic that illustrates how the population is distributed across the 23 most common languages that serve as native tongues for 4.1 billion people worldwide. Chinese as a macro language dwarfs all other languages thanks to the enormous population of China, while Spanish sits at a distant second place.

There are at least 7,102 known languages alive in the world today. Twenty-three of these languages are a mother tongue for more than 50 million people. The 23 languages make up the native tongue of 4.1 billion people. We represent each language within black borders and then provide the numbers of native speakers (in millions) by country. The colour of these countries shows how languages have taken root in many different regions.