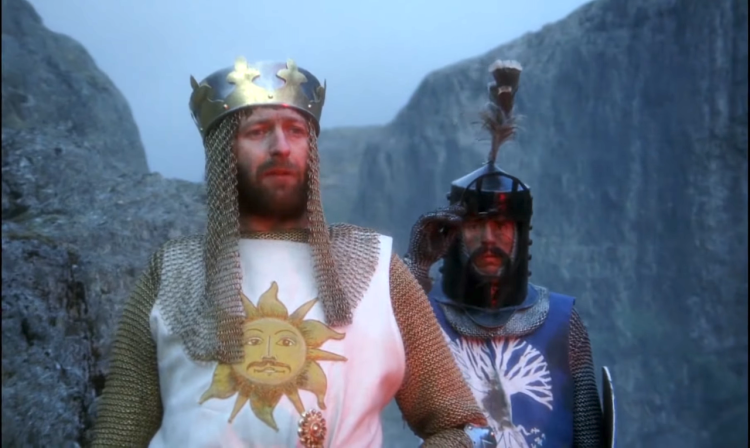 When student Testudo Aubreii was given an assignment to create a “cross genre” trailer, he brilliantly reimagined the 1975 comedy film Monty Python and The Holy Grail as a rather solemn, historical period action drama. Aubreii definitely deserves an “A” on this, as he definitely exceeded expectation.

Here is a school project where I had to make a cross genre trailer. So, here is Monty Python and the Holy Grail as a serious historical drama.